To Play or Not to Play

Student-Athletes Faced With Unique Decision Due to COVID-19

For 48 Catholic University spring sports student-athletes, the year 2020 should have brought the culmination of a competitive playing career. Instead, they had their ﬁnal season abruptly cut short  and their “on ﬁeld” recognition replaced with a virtual celebration. 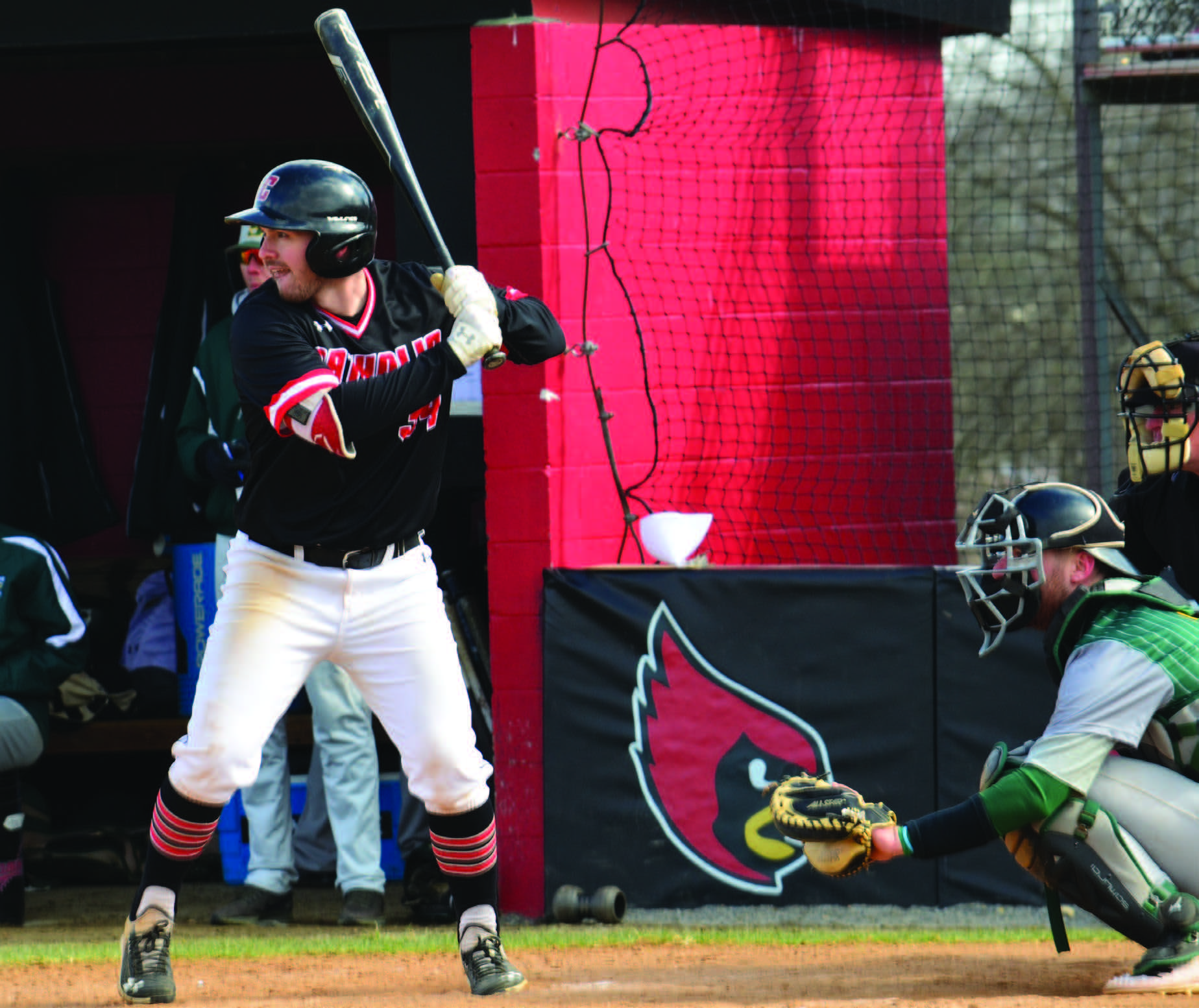 As a senior on the baseball team, Connor Sullivan was in the midst of one of the greatest seasons in the history of the program. Through 15 games, he was ranked eighth in the nation with 28 hits and a .509 batting average, in the midst of a 13-game hit streak and primed to receive his ﬁrst all-conference honor. The outﬁelder eclipsed 100 hits for his career and was on pace to shatter the team’s single-season hits record.

COVID-19 canceled all that.

“We were on the bus back from our spring break trip when we started seeing other conferences cancel their seasons,” said Sullivan. “We knew it was only a matter of time. My initial feeling was disbelief. Several of us seniors refused to clean out our lockers because we didn’t want our time at Catholic to end that way.”

Sullivan had much more than personal accomplishments taken away. Catholic had won seven of its last eight games with the only loss coming to seventh-ranked Randolph-Macon, when they advanced to the Division III College World Series in 2018. The Cardinals were looking for their league-leading sixth Landmark Conference championship (and their second in the last three years).

“The worst part about losing the season was not being able to compete for another Landmark Conference title,” said Sullivan. “My favorite memory was winning the conference as a sophomore, and going out on the same note would have been the perfect ending.”

Senior Nanci Hernandez experienced similar disappointment. As the lacrosse team’s starting goalie, she posted a 3-0 record with 6.79 goals against average, 31 saves, and a 63.3 save percentage. She also led the team with nine ground balls while earning her ﬁrst All-America honor.

The women’s lacrosse team has won 11 of the 12 Landmark Conference championships since the league was founded, including the last six. It has been ranked at No. 10 in the ﬁnal Intercollegiate Women’s Lacrosse Coaches Association poll for four out of the last six years and made ﬁve consecutive regional semiﬁnal appearances in the NCAA Division III Women’s Lacrosse Championship.

“We were at a team dinner on March 11 and Director of Athletics Sean Sullivan made an unexpected appearance, so we knew something was up,” said Hernandez. “It did not feel real.

When Mr. Sullivan announced that we were cutting our season short. It was like I was hearing the words, but I wasn’t fully processing them.”

There were a lot of tears shed as reality set in.

“We worked so hard during the fall and then preseason to only play three games,” said Hernandez. “We were mourning something that never happened which was a strange feeling.”

Senior student-athletes from nearly 1,300 NCAA Division I, II, and III schools were suddenly forced to accept the end of their competitive careers.

Then, the NCAA made an announcement that was unprecedented in its 114 years. It approved a blanket waiver for all spring sport student-athletes that granted them another year of eligibility.

“At ﬁrst, I felt better because we were given the opportunity to play one more year and complete something we had worked tirelessly for,” said Connor Sullivan. “However, it was bittersweet because there was hope we could take the ﬁeld as a group again, but it did not seem entirely realistic.”

The NCAA’s waiver giving student-athletes another chance to play their ﬁnal season in 2021 meant tough decisions for many. Could they afford another year of school they had not planned for and could they postpone opportunities they had lined up?

Sullivan’s decision was more complicated than most. A philosophy major, he had planned to attend law school after graduation. As application decisions began to roll in, he was accepted by Boston College and was set on going to Chestnut Hill, Mass.

“I discussed the possibility of going to the Columbus School of Law, but I thought juggling my ﬁrst year of law school and baseball would be very difﬁcult,” said Sullivan. “I think getting accepted and making my decision before our ﬁrst game made the decision not to come back a lot easier.”

Sullivan added that having played a substantial amount and winning more than 65% of his games, including a conference championship, solidiﬁed his decision.

“Even though I was off to the best start I have ever had, I knew that focusing on school and setting up my future after baseball was the best decision for me,” said Sullivan. “The crazy start I had was like going out on a high note.” 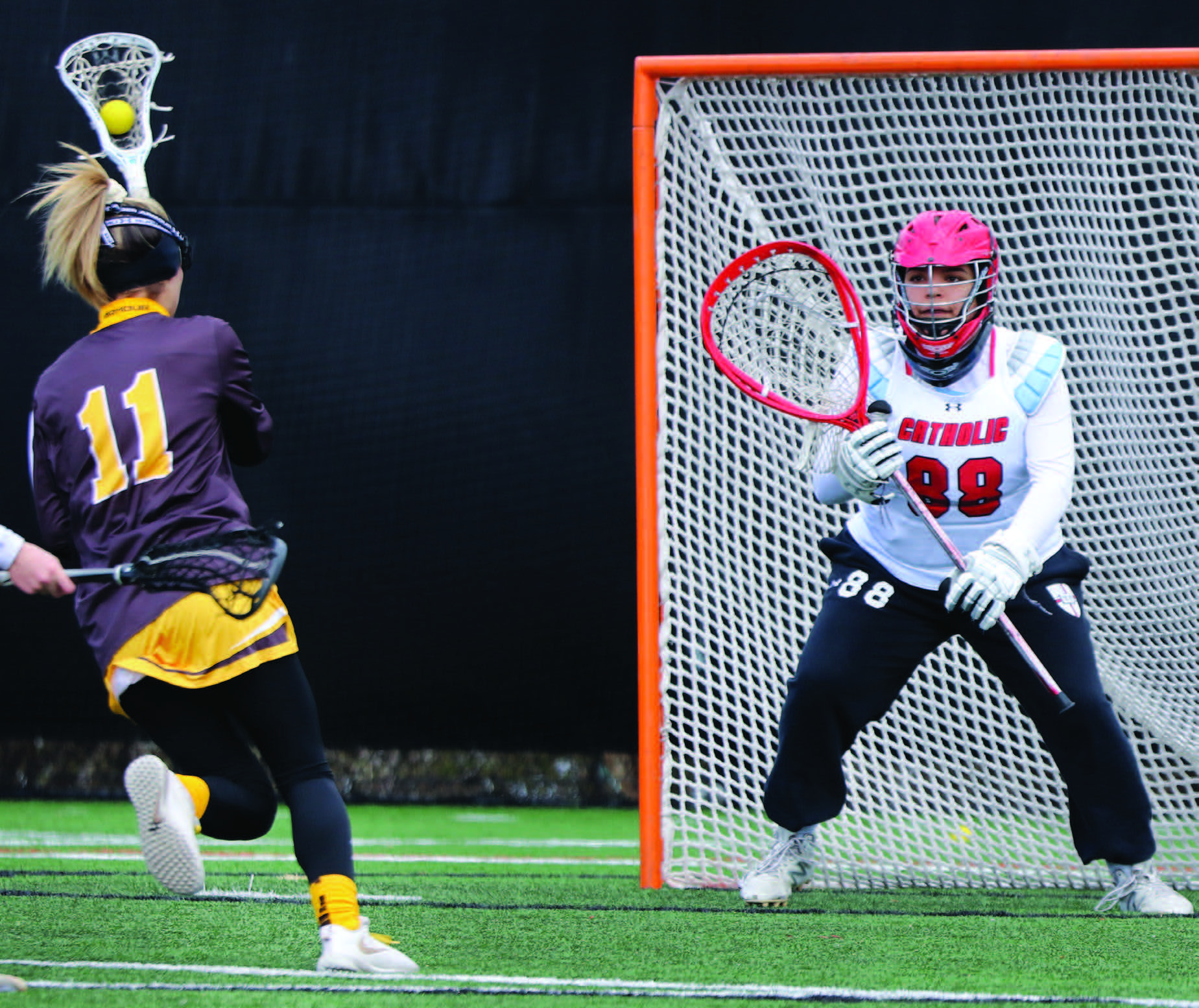 Hernandez knew right away she wanted to come back. Despite similar individual and team success, she felt like she had unﬁnished business. The politics major will now graduate in May 2021.

“I have been a starting goalie since I was a freshman,” said Hernandez. “It couldn’t end like that. I wanted to end my career as a national champion or in the NCAA tournament, but either way, it had to be on the ﬁeld with my teammates.”

Individually, Hernandez is ranked second in team history, with 456 career saves, and she has won three conference championships.

“I want to reach 500 saves and would love to win a national championship,” she said. “As a team, we focus on a Landmark Conference title ﬁrst so for now, my goal is to go 4-for-4. But, I deﬁnitely want to enjoy it.”

Despite the individual accolades, Hernandez is clear on where her focus will be now that she’s been given a second chance.

“I am usually the ﬁrst to complain about conditioning or early morning practice, but never again,” said Hernandez. “It’s true that you miss something when it’s gone. Not everyone is as lucky as I am to have this chance.”

Adding to her excitement is the fact that Holly Regan, one of the nine players who began this journey with her in the fall of 2016, is also coming back for one last ride.

“We were roommates as freshmen and now we’re coming back for our last season together.”

Even though Connor Sullivan received his diploma and stepped out onto Talbot Field for the ﬁnal time, he would not trade his experience for anything.

“Catholic gave me the best opportunity to not only excel as a student-athlete, but also as a person,” he said. “I would not be who I am today without the guidance and lessons that Catholic gave me. If I had to describe my time here in one word, it would be: perfect.”

At press time, the University announced that fall semester sports will be postponed due to rising rates of COVID-19 in the U.S. The announcement aligned with decisions made by the Landmark Conference, the New England Women’s and Men’s Athletic Conference, and information shared by the Mid-Atlantic Rowing Conference. Acknowledging the disappointing news, Associate Vice President and Director of Athletics Sean Sullivan said, “We, as a department, are putting great energy into looking toward the future and designing experiences that are as productive and safe for our student-athletes and coaches as possible.” The plan at this time is that fall sports will be played in spring 2021.

At press time, the University announced that fall semester sports will be postponed due to rising rates of COVID-19 in the U.S. The announcement aligned with decisions made by the Landmark Conference, the New England Women’s and Men’s Athletic Conference, and information shared by the Mid-Atlantic Rowing Conference. Acknowledging the disappointing news, Associate Vice President and Director of Athletics Sean Sullivan said, “We, as a department, are putting great energy into looking toward the future and designing experiences that are as productive and safe for our student-athletes and coaches as possible.” The plan at this time is that fall sports will be played in spring 2021.