Business Leaders Speak on the Dignity of Work

Is it possible to find spiritual fulfillment in the workplace? And how can work lead to positive transformations of individuals and communities? Those were some of the key questions at the heart of a conference hosted this month by The Catholic University of America’s Busch School of Business, in cooperation with the Napa Institute.

The conference, “Principled Entrepreneurship: The Dignity of Work,” took place over three days and included events at the Museum of the Bible and the Mayflower Hotel, as well as the Catholic University campus.

During his welcome remarks on Thursday, University President John Garvey called work “a way of participating in God’s creation” and spoke about the fulfillment Catholics can find through a job well done and “from knowing that we did good work and created some order,” he said.

Garvey also talked about the importance of fostering small businesses, which he called “the backbone of society,” and warned of the societal pressures to put work on a pedestal, above even family and God.

In his keynote address, “How to Live a Start-Up Life,” Arthur Brooks, president of the American Enterprise Institute, spoke about the specific behaviors required of entrepreneurs, including risk-taking, and turning their weaknesses into assets. Those same behaviors, Brooks said, can also be used to help people find spiritual fulfillment.

“That’s the American secret,” Brooks said. “All the resources you need are under your control, all of the risks in life you need to take. Your life is an enterprise, your life is a start-up, so prepare to have an adventure.”

Brooks shared the story of how he dropped out of college as a young man and spent many years as a professional classical musician before eventually finishing his bachelor’s degree through a correspondence program at Thomas Edison State College in New Jersey. Even after earning graduate degrees and beginning a job as the president of a prestigious think tank, Brooks said he still felt embarrassed that he had not gone to a more conventional college. It was only after he began to speak publicly about his early education that he became an education advocate, passionate about fighting for opportunities for everyone.

“It is your weaknesses, the things that you struggle with, and your vulnerabilities that connect you with other people,” Brooks said. “The weakness that you have will inspire others, will lift them up, and that’s why we’re put on Earth.”

Embracing your weaknesses can also lead to spiritual growth, Brooks said, because “it is pain and mortification that brings us closer to the Lord.”

Brooks’ talk was followed by a lecture on “The Leisure of Work” by Max Torres, who gave tips for how Catholics can approach their work life in a more spiritually fulfilling way, leaving space available for their faith and family lives.

“I will contend today that the primary danger regarding work in the future is us being swallowed up by it completely,” he said. “Leisure is critical for the human person because it is only in leisure that we are receptive to God. Without God at the center of culture, culture is doomed.”

By glorifying productivity and busyness above all else, Torres argued that society is stripping workers of their true humanity. Three ways Catholics can counter that, he said, is by taking advantage of the “many avenues of grace available to us on a daily basis” through the sacraments, embracing responsibilities to their families outside of work, and spending time in prayer — if possible, even converting work into a form of prayer.

Torres was not the only person to speak about the importance of family during the conference. Elizabeth Bryant, who is in charge of Employee Learning at Southwest Airlines, spoke on Friday about work-life balance, addressing common myths that might hold workers back from finding fulfillment in their jobs and families. Bryant said she has learned the value of flexibility and keeping her faith at the center of her life.

Professor Brandon Vaidyanathan shared his insights into how organizations can support human dignity during a panel discussion entitled, “Where are we going in the future and virtues developed through work.” Vaidyanathan, who researches organizational cultures, cited the work of researcher Daniel Coyle who identified three characteristics of high performing organizational cultures: environments that make employees feel safe, leaders who can show vulnerability, and companies that have clearly defined purposes.

“Everything from the policies to the interactions to the aesthetics and use of space in an organization can create a message that either you matter and belong here and are a person with human worth … or it communicates that we don’t care about you, you’re expendable,” Vaidyanathan said.

“The future we need to work towards is one that recognizes the dignity of persons, which means recognizing their unique creative capacities and their desire to work toward an individual higher purpose.” 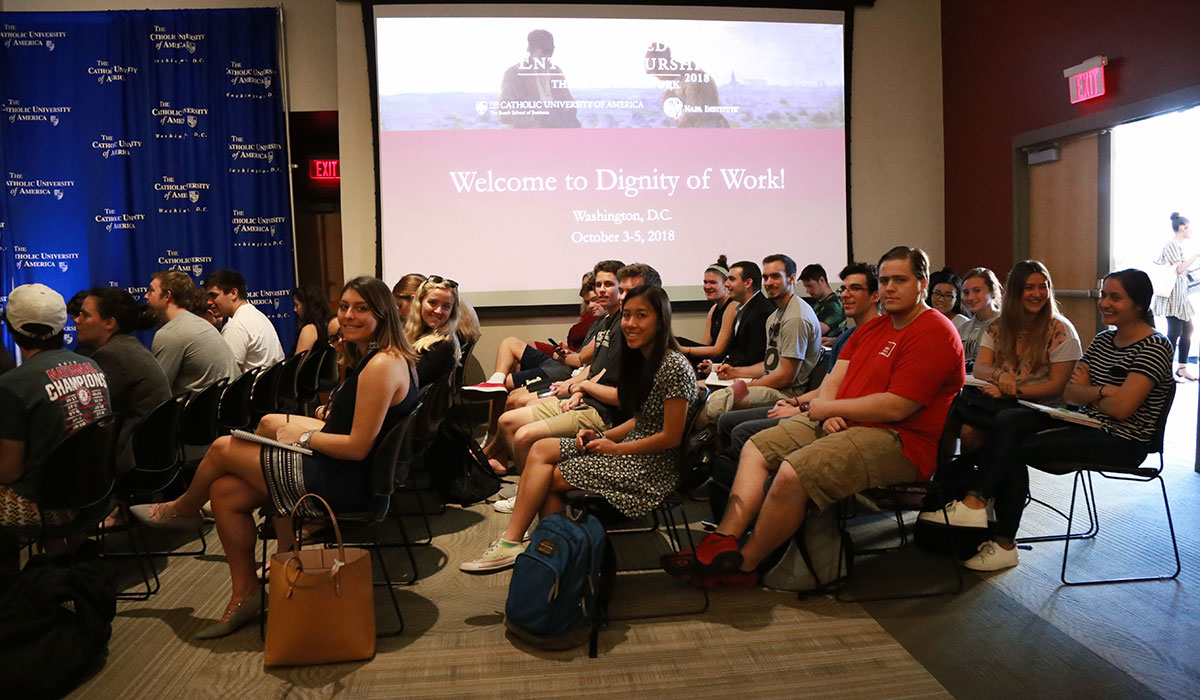 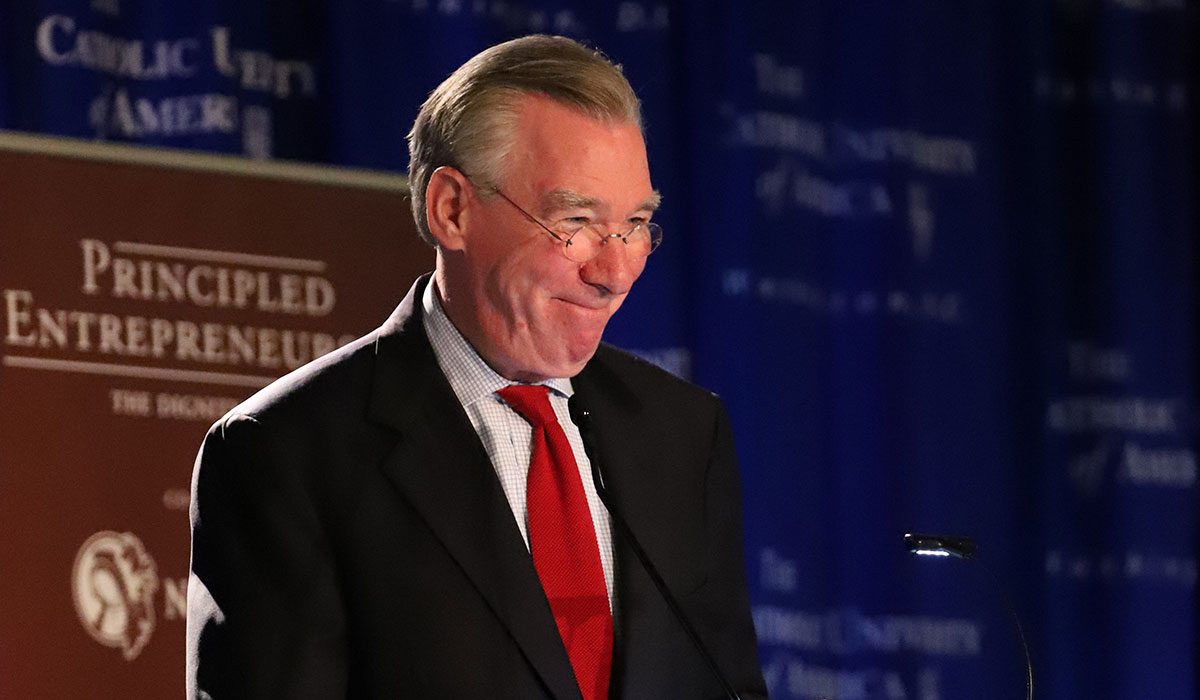 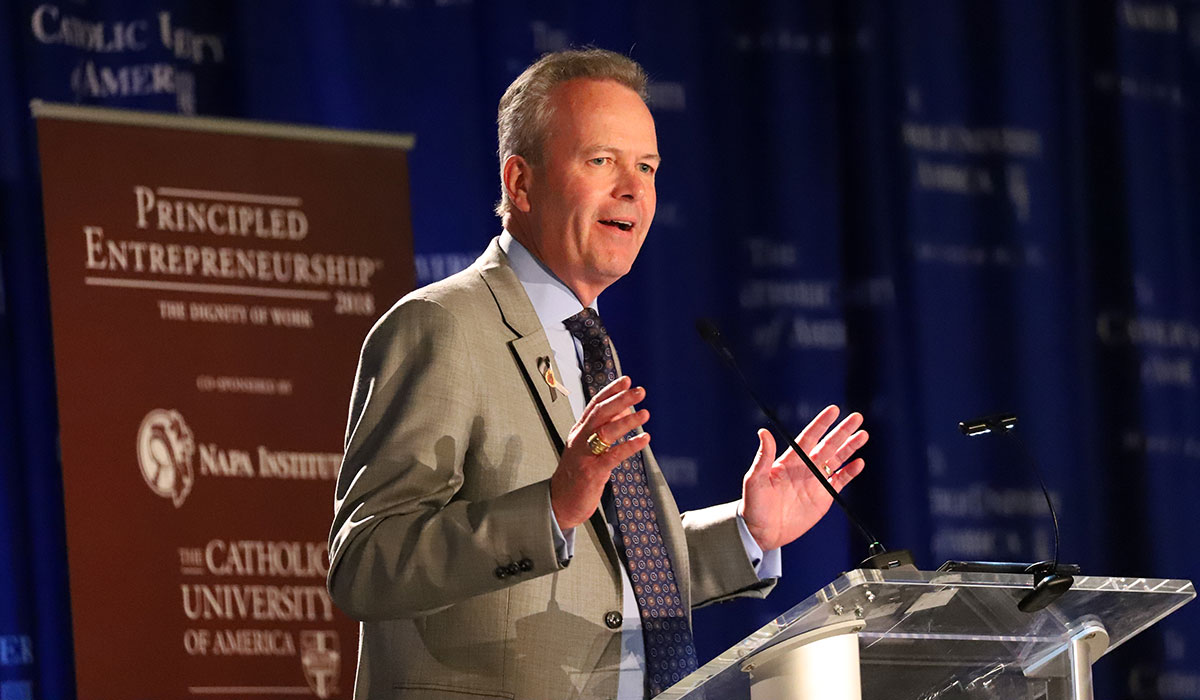 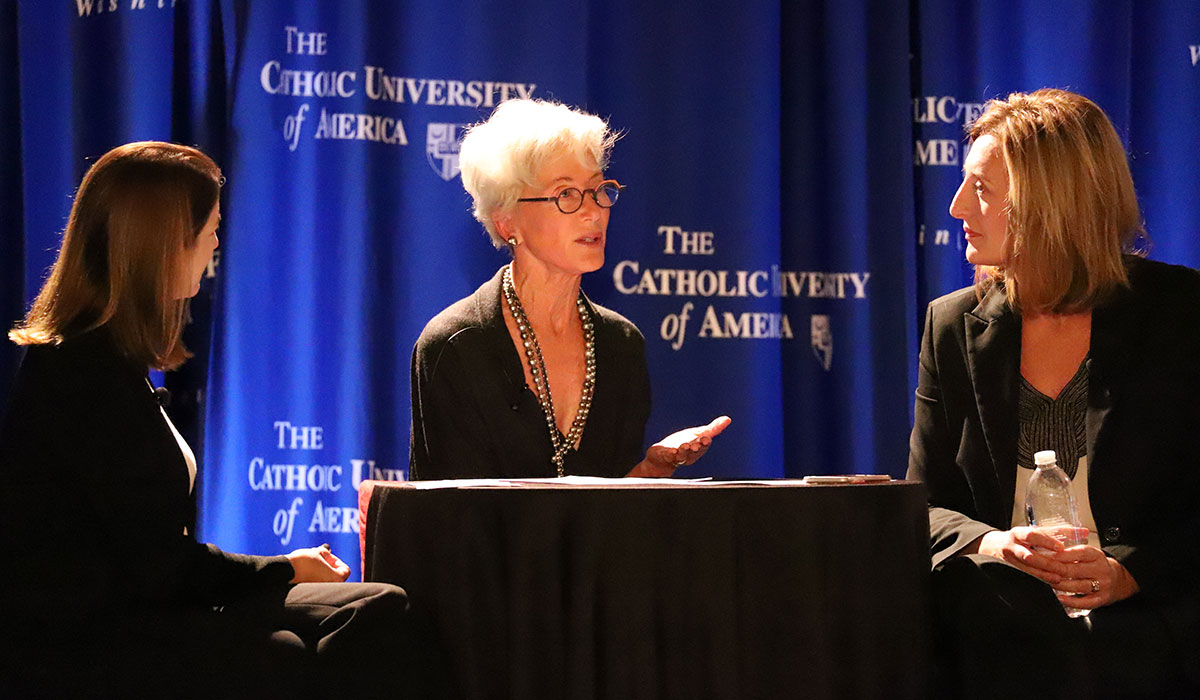 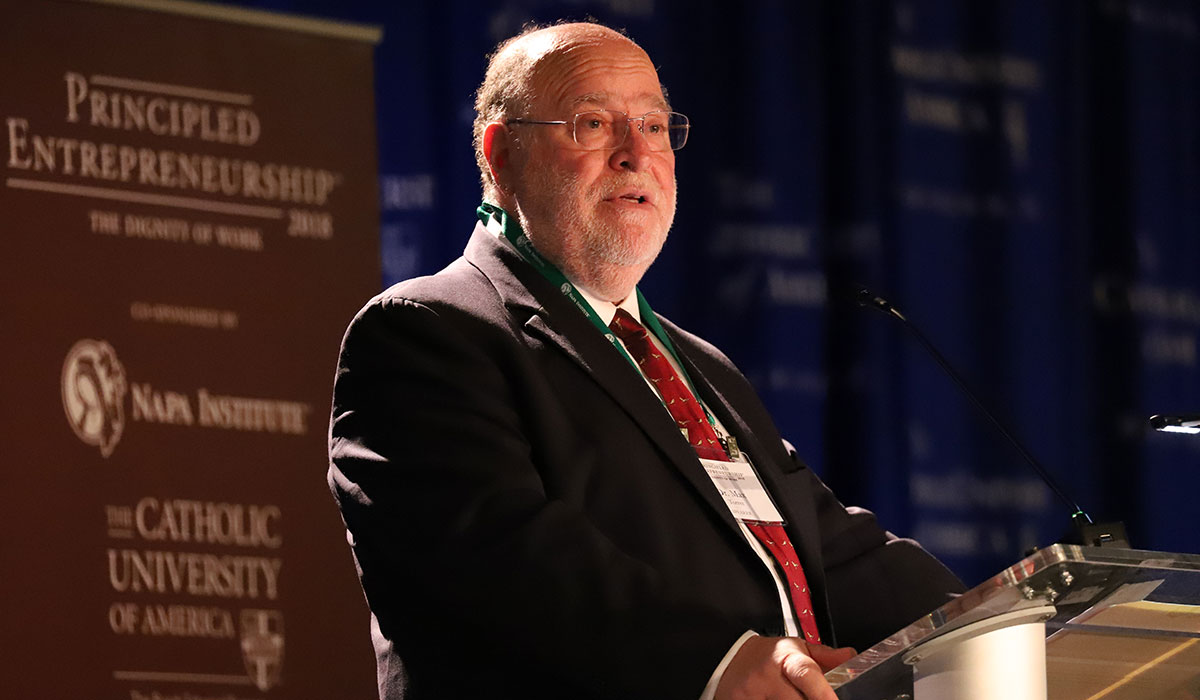 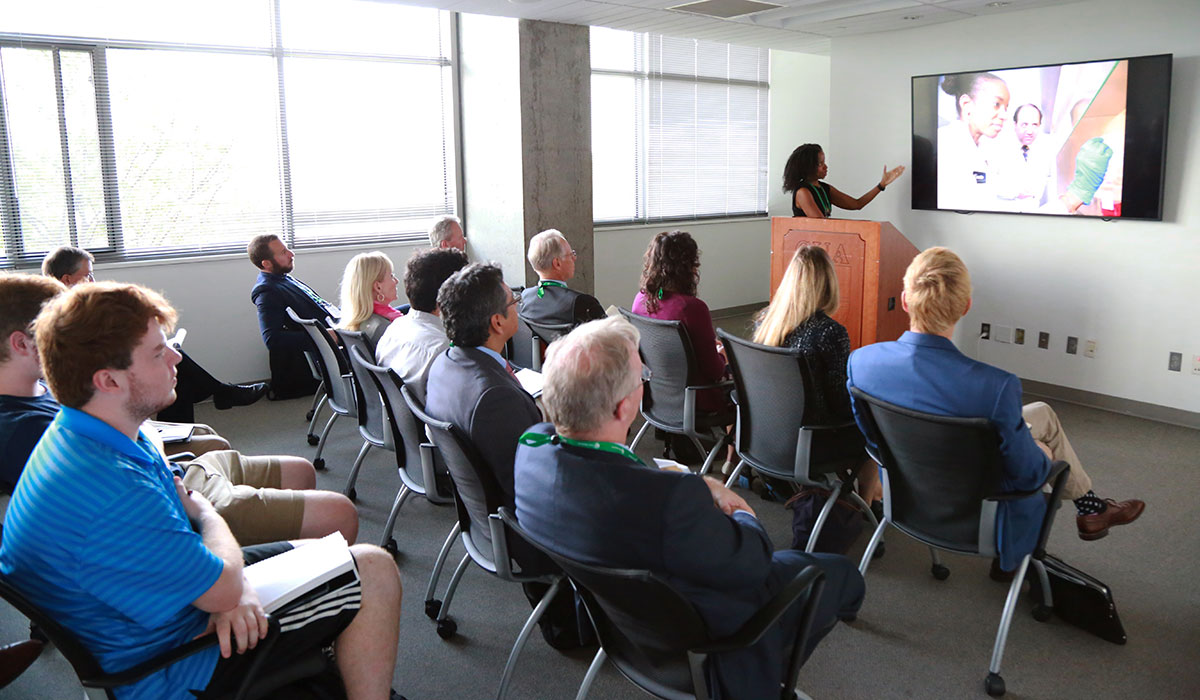 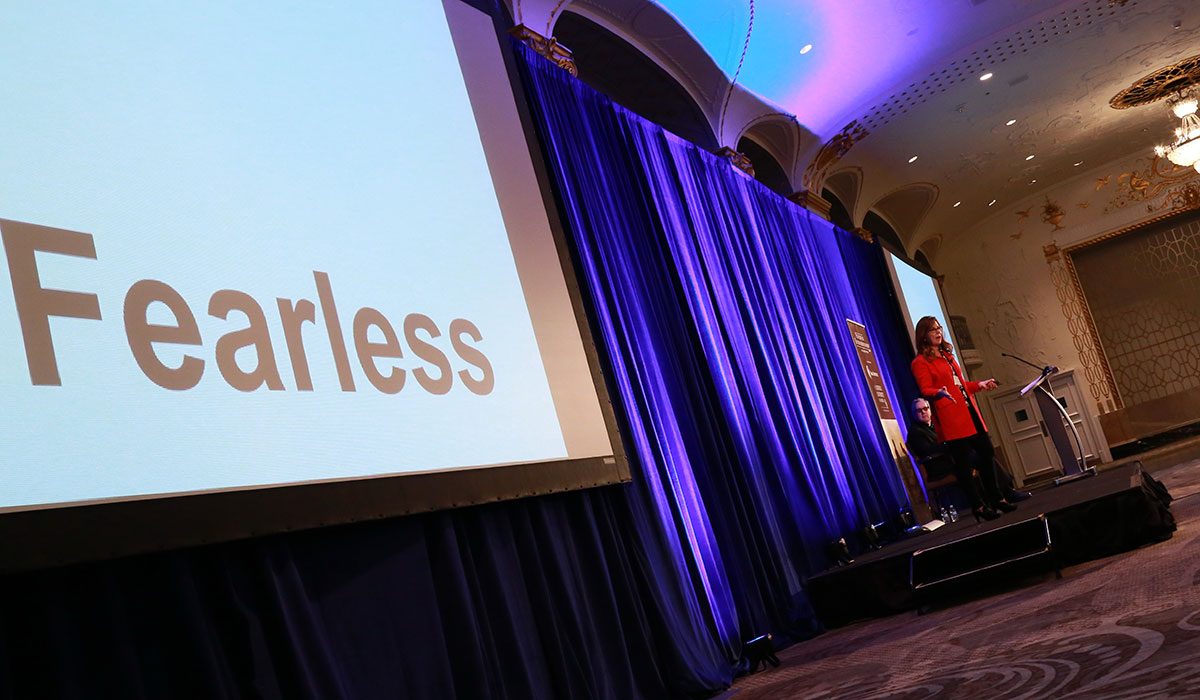 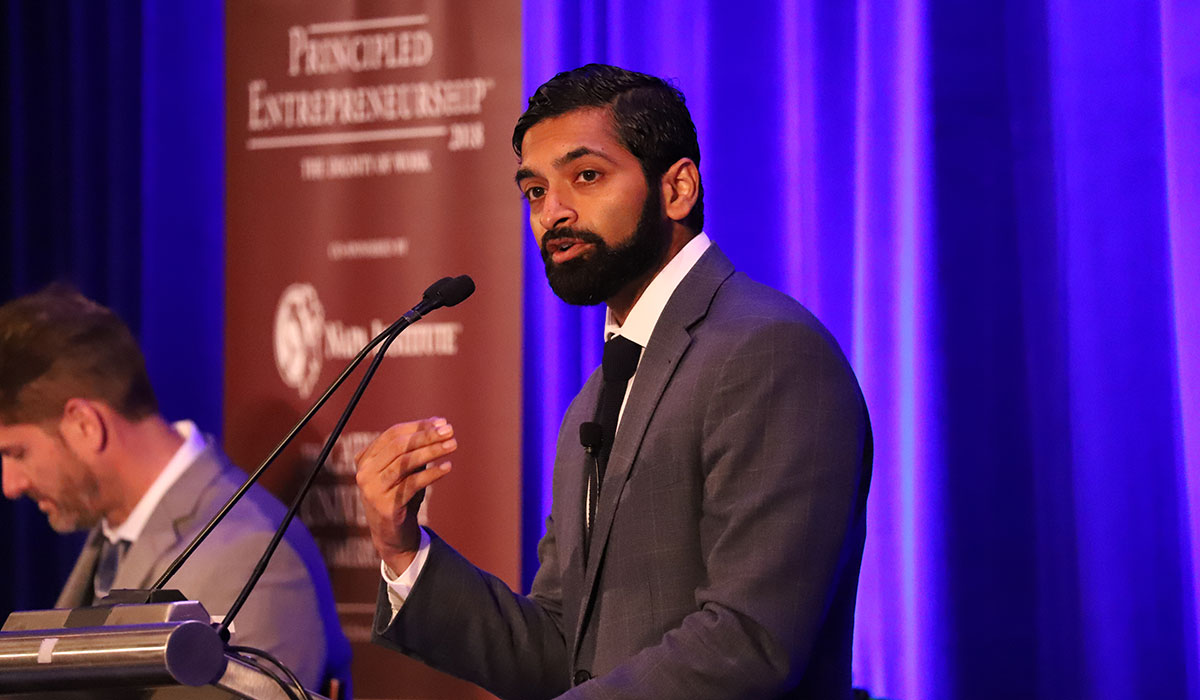 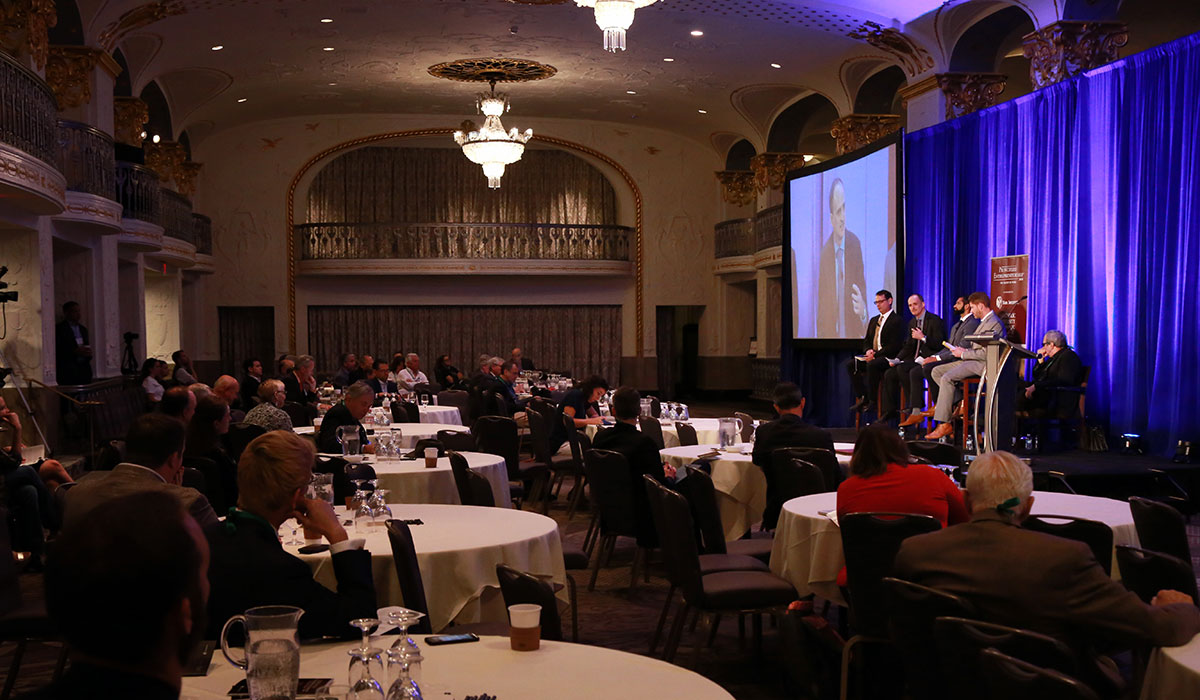 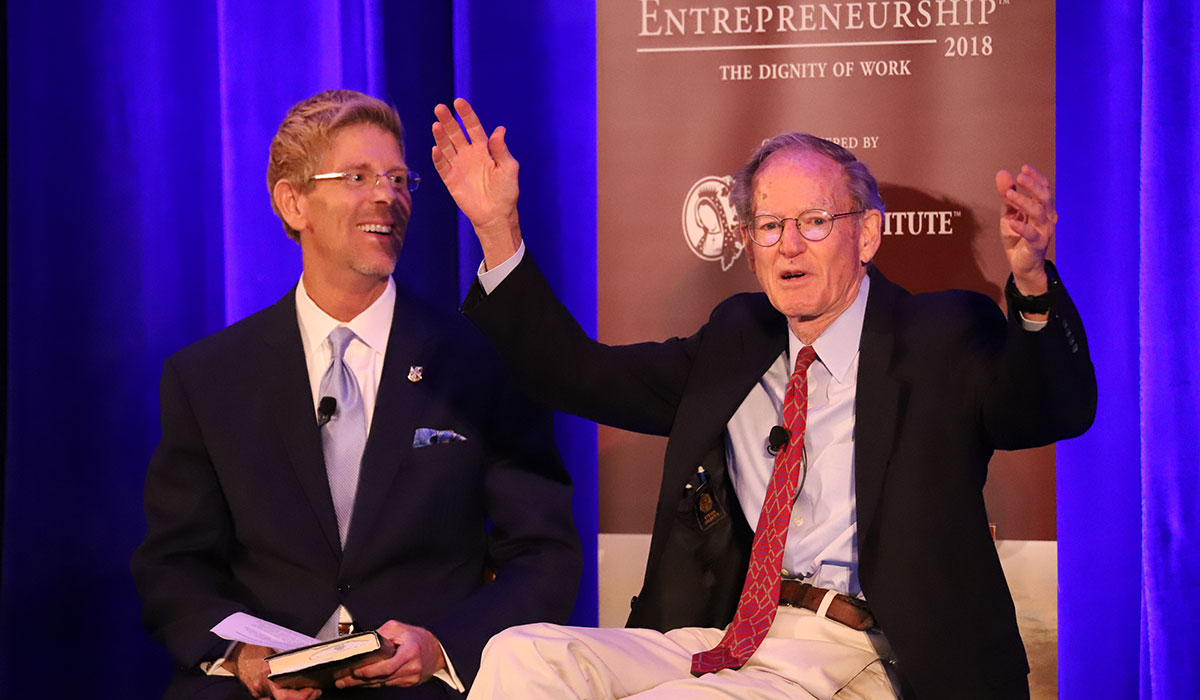