Science for Non-Scientists: Learning Physics through Music, Light, and Art

Students in a physics class gathered in Hannan Hall’s Herzfeld Auditorium this month to watch a unique type of demonstration: seven student musical performances, part of a curriculum about the convergence of classical mechanics and harmonic music. 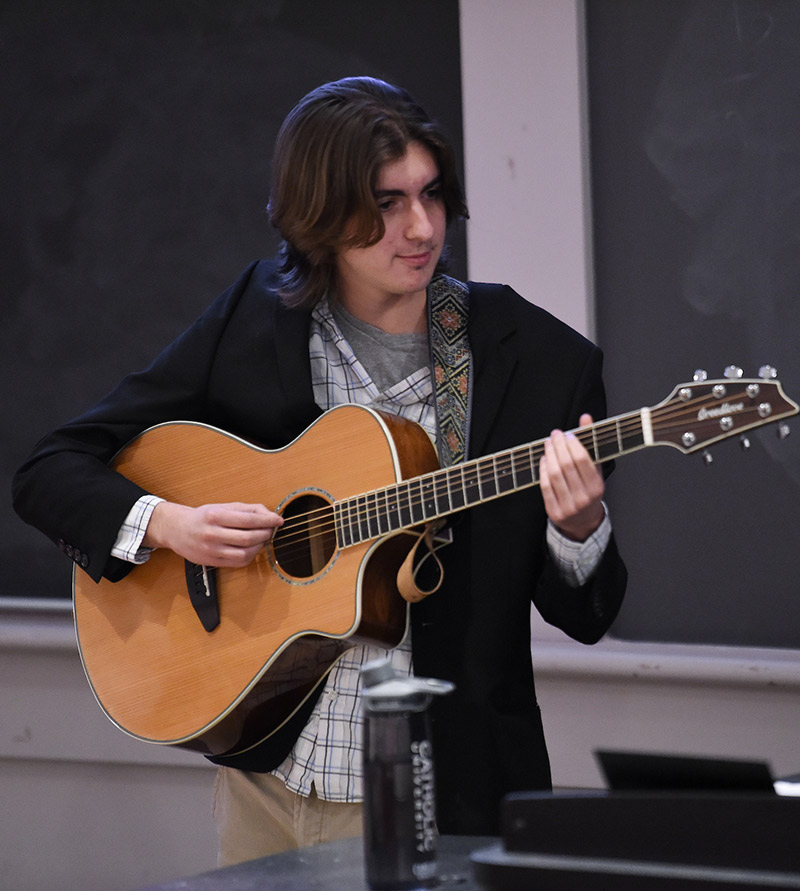 The Physics 122 course, titled “Sound & Light in Nature & Arts,” is taught by Vadim Uritsky, associate professor of physics. Uritsky built the course curriculum over the summer to include the foundations of classical mechanics; sound and music; introduction to electromagnetism; physics of light and color; and selected topics in modern physics and technology.

“Physics is much more than a boring set of textbook chapters filled with weird-looking equations,” Uritsky said. “Physics is actually all around us, in nature, technology, and art.”

The course, which is being taught for the first time this semester, includes approximately 30 students of diverse majors, and aims to teach them that physics can be applied anywhere, through music, light, harmony, aesthetics, arts, and nature.

Freshman theology and religious studies major Gregory Bycraft played the clarinet in front of the class for his group’s presentation, and said that the project gave him a “fresh and exciting” perspective on his art.

“I’ve played this instrument since middle school, but before this project I couldn’t explain how it worked,” said Bycraft. “It’s very rare that a science class can make you a better artist, but this project and class has truly helped improve my music."

Bycraft described his realization over the course of the class that physics is simply “the study of Creation at its most fundamental.”

“Physics shows us that we dwell in an awe-inspiring da Vinci, not a chaotic Pollock,” he said. “It’s comforting to know that the universe, like people, are generally good and ordered.”

As a space scientist, Uritsky studies solar and geomagnetic storms at NASA’s Goddard Space Flight Center. But his background in music — he plays the piano and guitar, and comes from a family of classical musicians — has helped him to understand physics through the eyes of a musician or an artist.

“Physics principles are the same across different applications,” said Uritsky. “Students are excited to learn, for example, that the reed of a woodwind instrument is controlled by the same force as the one that lifts the wing of an aircraft, and that Renaissance paintings demonstrate precise geometrical optics.” 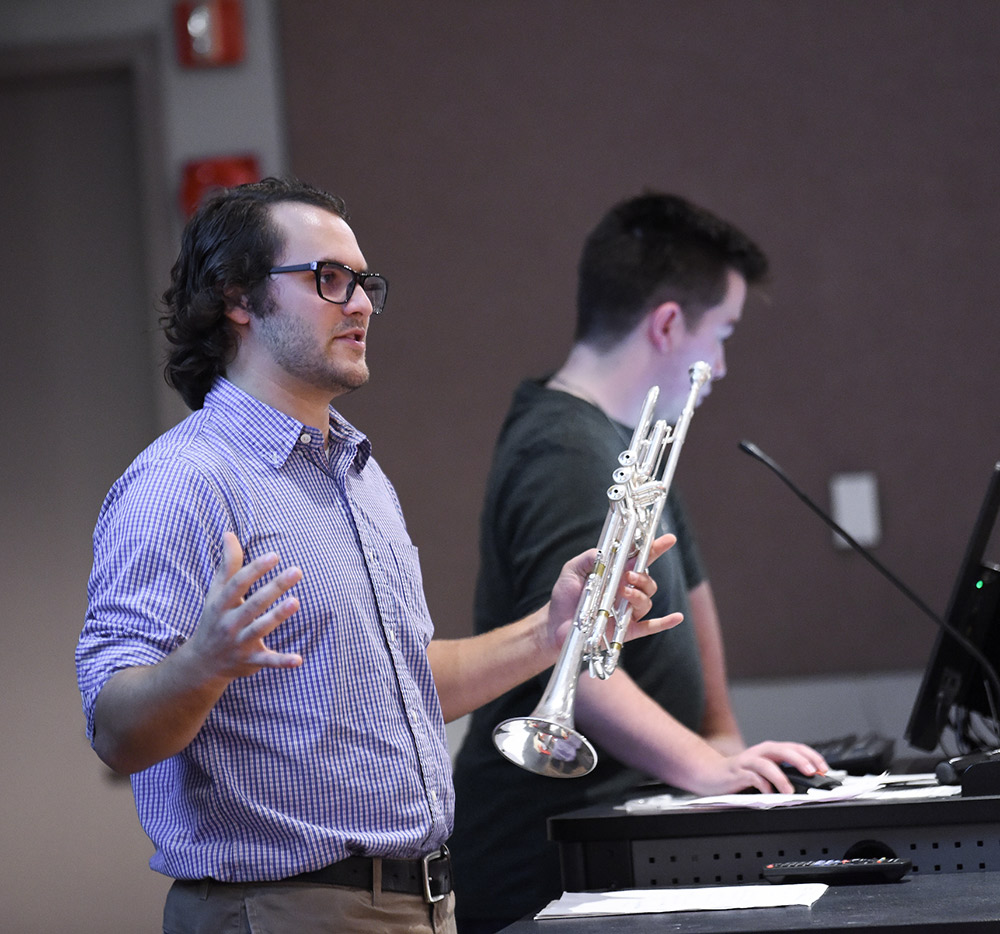 scientific thought into their future career fields, whether that involves business, politics, or the arts.

Uritsky was motivated to create the course because, he believes, physics should be taught in an engaging way. On the first day of class, he asked students to raise a hand if they hated physics, and about one third of the class did. Uritsky’s goal by the end of the course is to decrease the number of hands by teaching physics in different ways to aid different kinds of student learning.

“The boundaries between different disciplines have been getting higher and higher over the years, and they’re like walls now — and as the walls grow it’s become much more difficult for you to jump over the wall, for instance, that separates physics from the humanities,” Uritsky said. “This class is like a door in that wall, inviting people from outside the physics domain inside by showing them that it’s okay here, it’s not scary, it’s interesting, it’s exciting.”

Uritsky hopes that this course will serve as a model for the University to create more cross-disciplinary courses, which will “lower these walls altogether.”