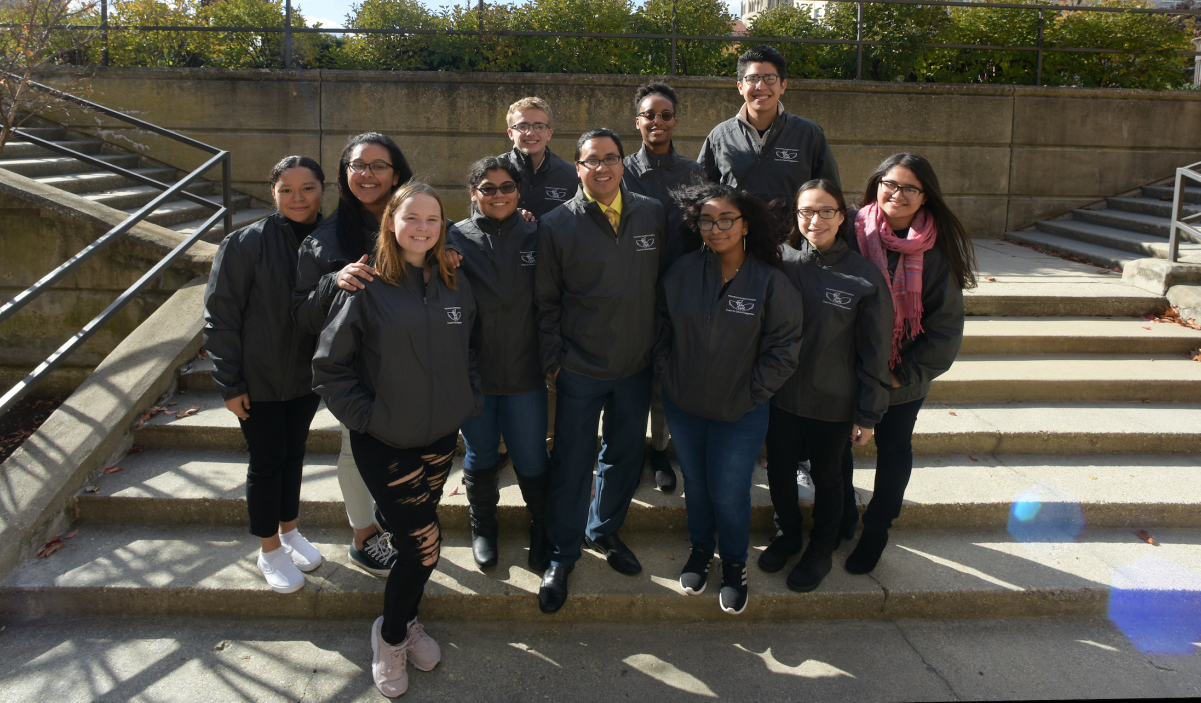 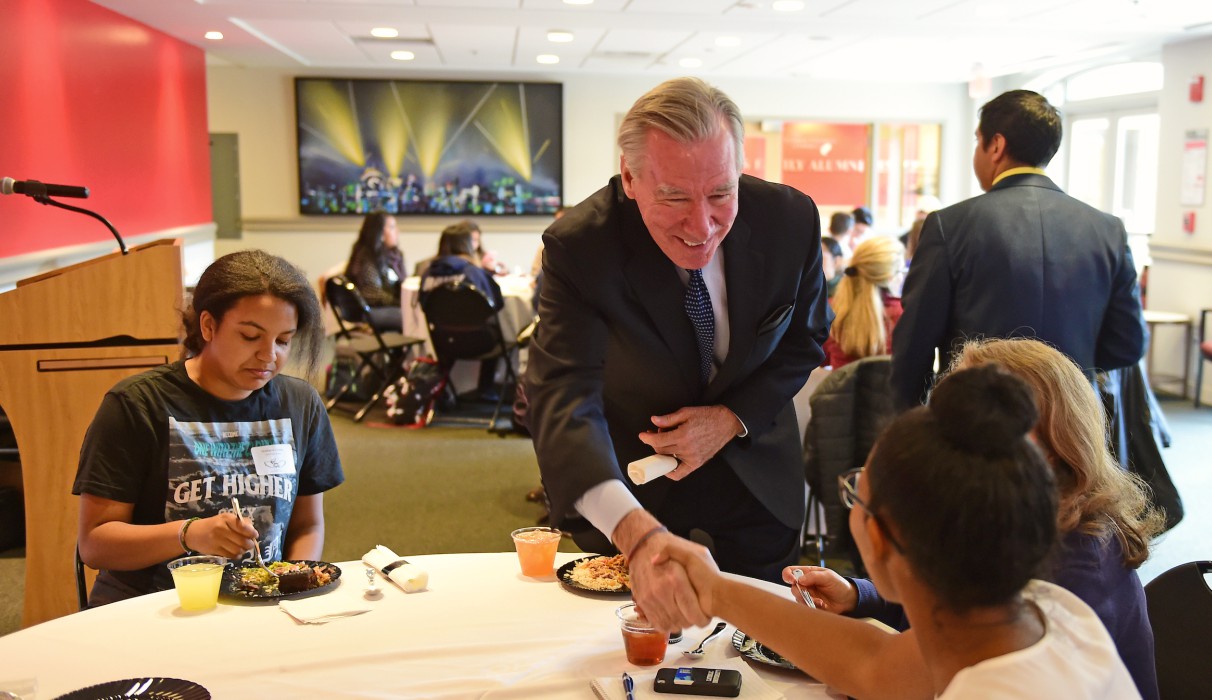 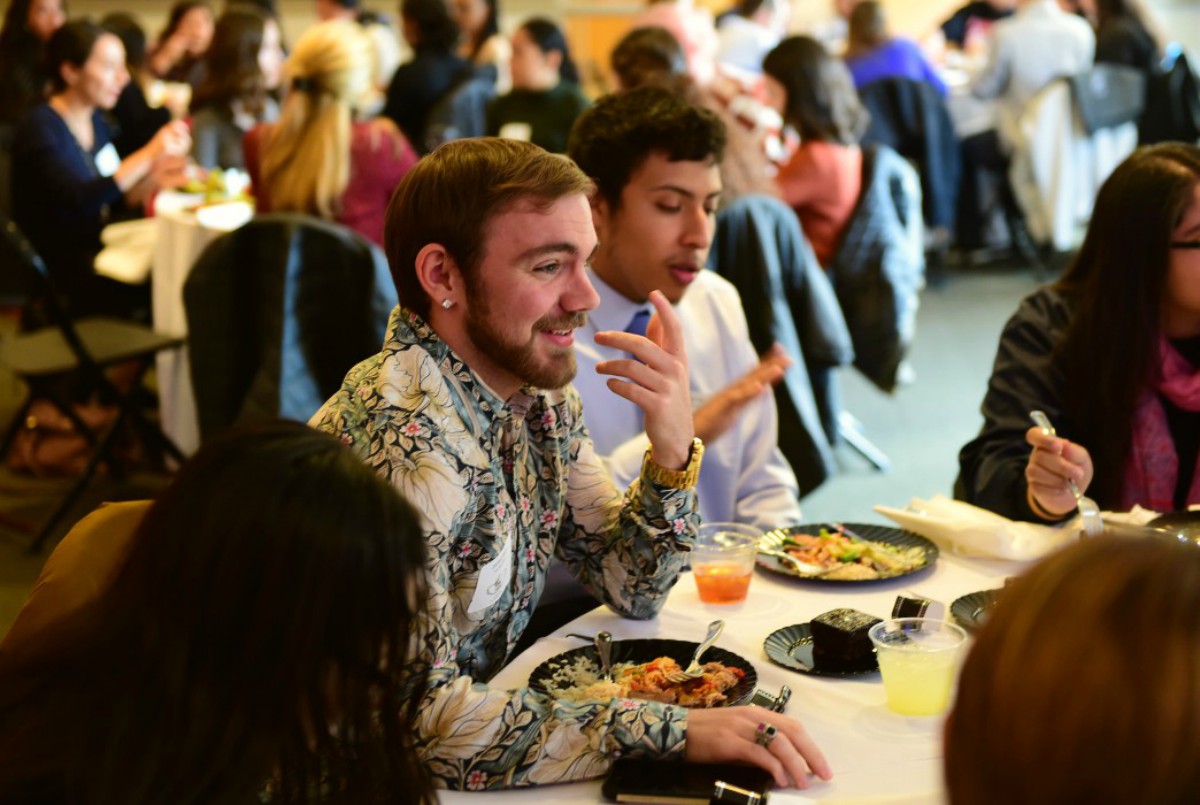 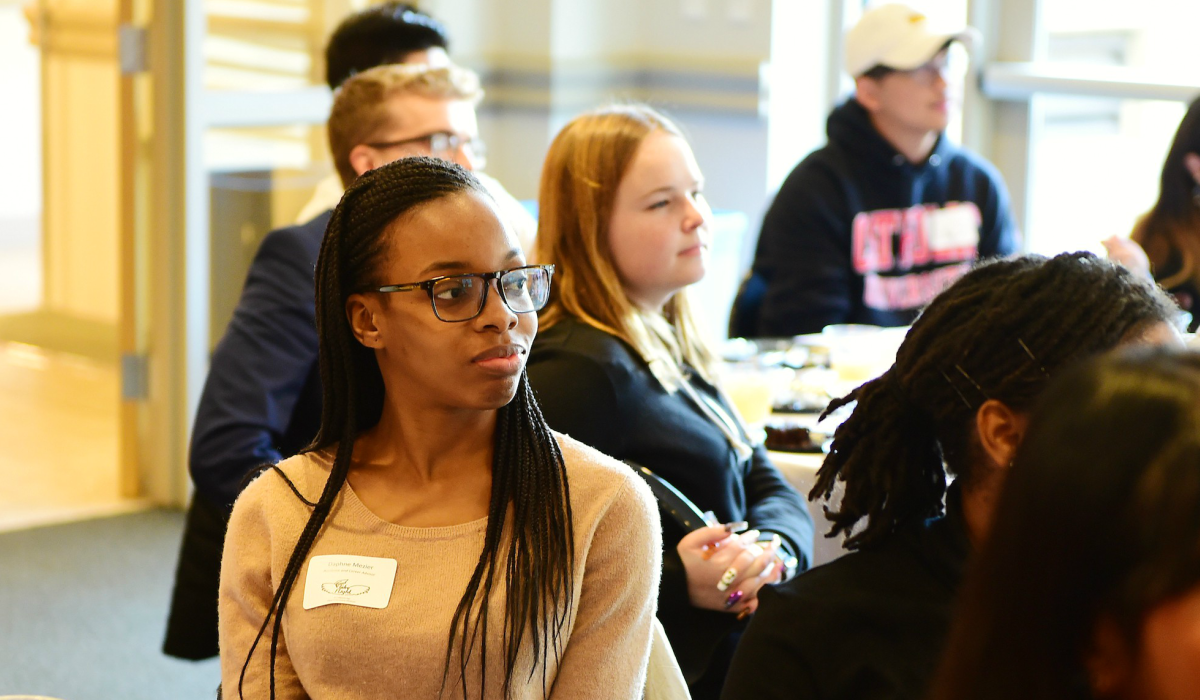 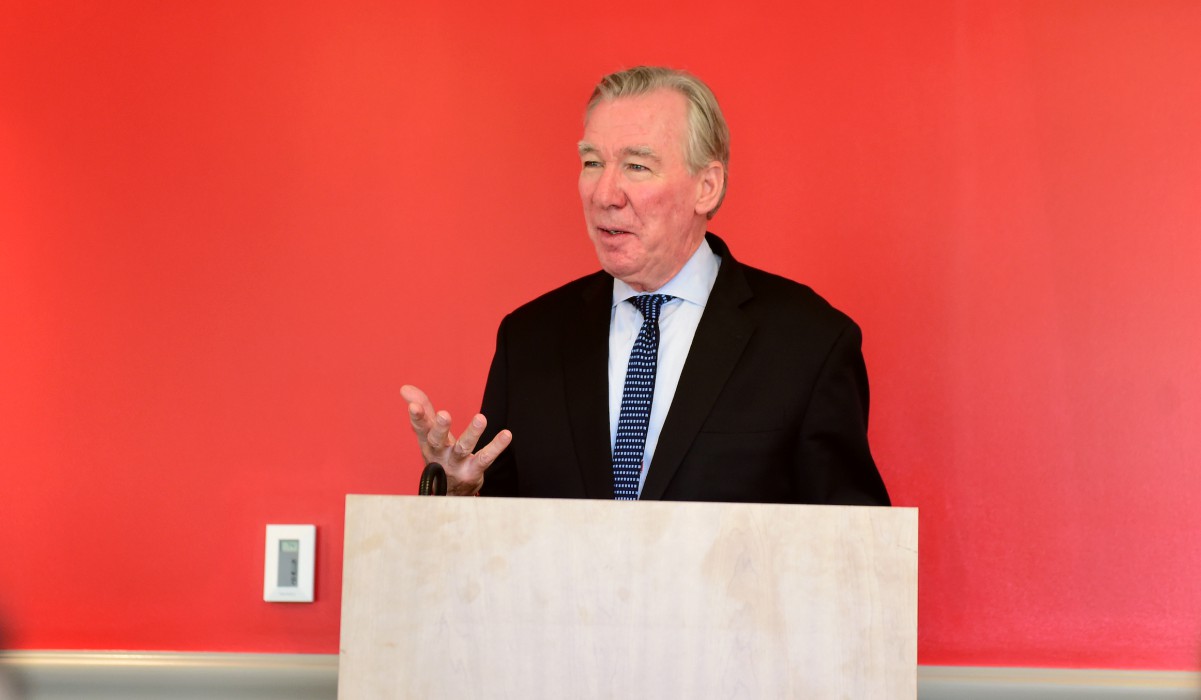 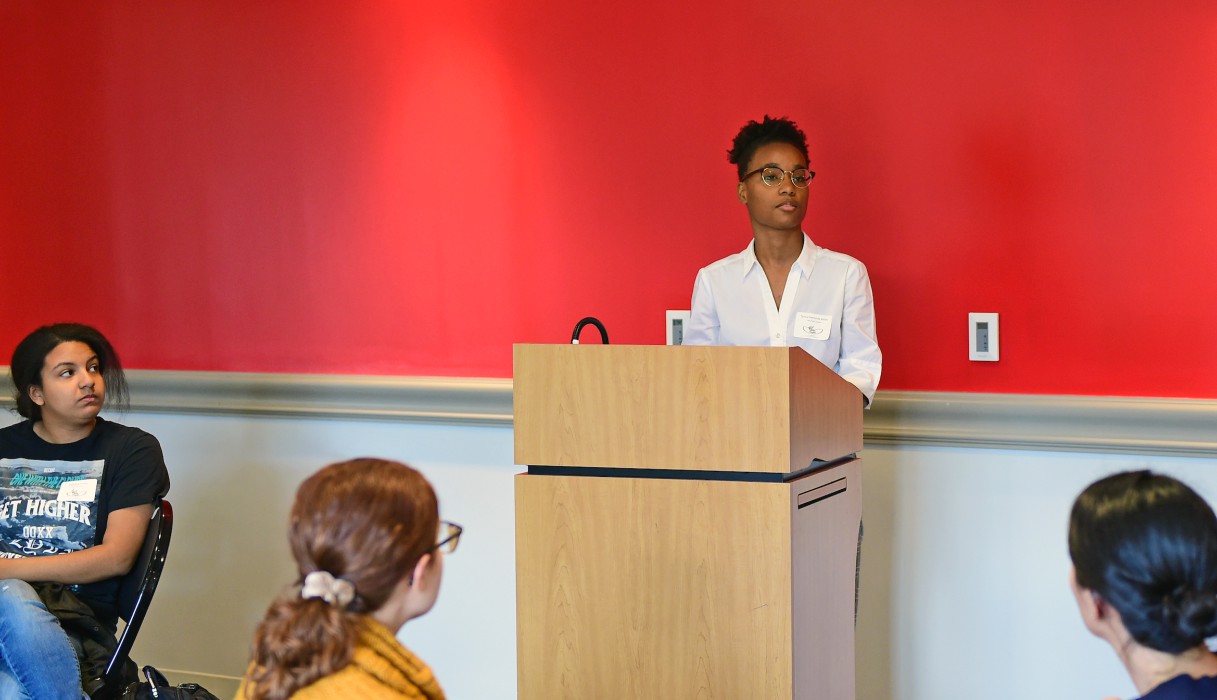 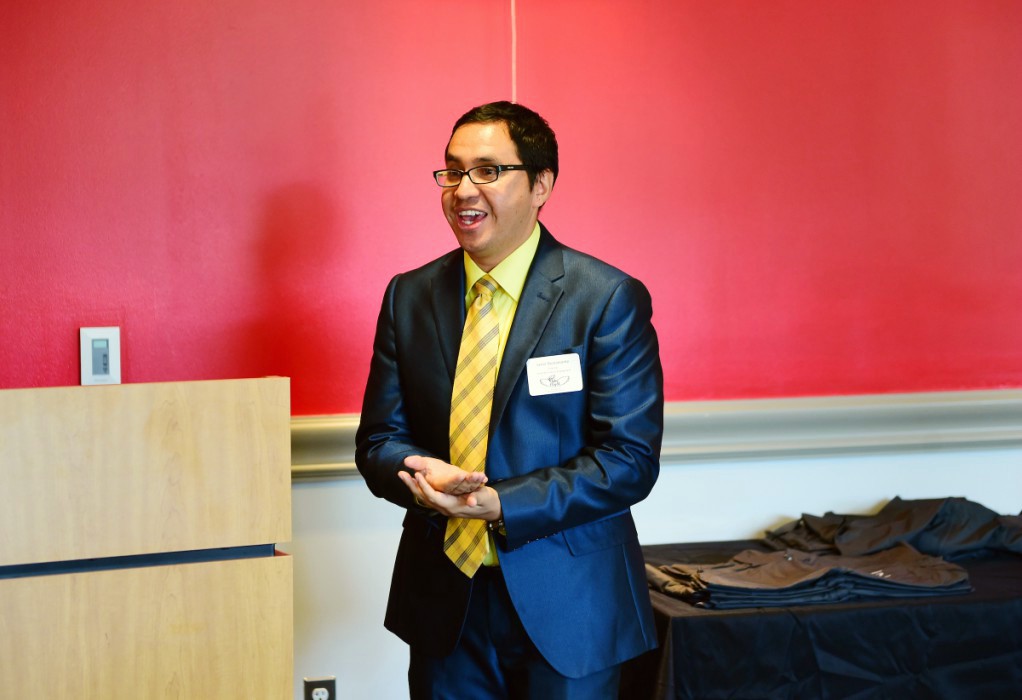 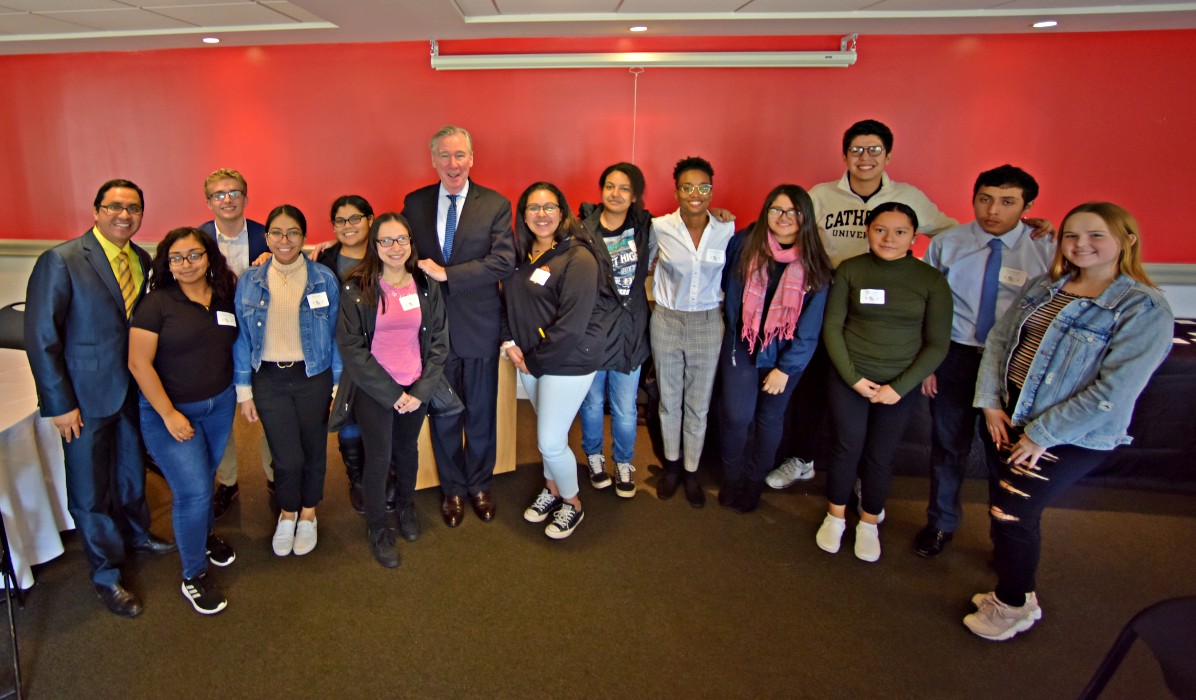 “I see the term first-generation not as a title that brands me as someone who is in need but rather more like someone with a strong motivation, force and skills of resourcefulness,” said first-year student Brian Meléndez at an on campus luncheon Nov. 8 to mark the national First Generation College Student Celebration. Although it was the third annual observance, Catholic University jumped into the celebration for the first time this year to honor members of its new Take Flight program for first-generation students.

Meléndez’s immigrant parents grew up in poverty in El Salvador. “My parents often tell me about what they would have wanted to become if they had the chance to obtain a higher education,” he said. “I see myself as a continuation of those dreams they couldn’t achieve.

Meléndez is a business exploratory student. “I know that whatever I decide to do I want it to be something that will help my family and me prosper, something that I enjoy doing, as well as a field that will allow me to become some sort of advocate for my community one day,” he said.

The First-Generation College Student Celebration was launched by the Council for Opportunity in Education and the Center for First-Generation Student Success in 2017. The annual national celebration takes place on Nov. 8 to honor the anniversary of the signing of the Higher Education Act of 1965.

“We are fortunate to have you here and we are enriched by your presence,” said Javier Bustamante, director of the University’s Center for Cultural Engagement, to students at the well-attended lunch. “We are grateful that you have brought your dreams and passions and great values to this University.” By offering the new Take Flight program to first-generation students, Bustamante said he hoped students find not just a resource, but also a community.

A highlight of the luncheon was the premiere of a video featuring five Take Flight first-generation students filmed near the Lincoln Memorial — each one in turn answering questions about their goals, hopes, fears, interests, and role models.

University President John Garvey was a special guest and featured speaker at the celebration. “It’s an admirable trait to set out on an unfamiliar path,” he said. “It takes nerve, drive, and perseverance. We’re proud of you and we’re glad you are here.”

First-generation student Tyrica Edmonds-Miller also shared her story at the luncheon. The first-year nursing student expressed her gratitude for the Take Flight program. “I have not only learned about the resources available on campus and how to manage my time, but I have also found a community. I found people who have similar struggles and who are passionate and determined to get through college,” she said.

Both Meléndez and Edmonds-Miller shared that they hope to be role models for others in their families.

“I did my college research by myself, worked through the Common App alone, and filled out FAFSA on my own,” said Meléndez. He said he made mistakes along the way, seeking help from the Internet and his high school guidance counselor. “As an older brother I have a responsibility to make sure I learn from my mistakes and be a mentor to my sister as she walks down her own path toward college.”

“Applying to college is  hard when you are the only one in your family who understands the process,” said Emonds-Miller. “I was lucky enough to have a college counselor [in high school]who did not mind me running into her office for the fourth time asking what does and does not go into the FAFSA.” She wants to share what she’s learned with others, including her nieces and nephews.

First-generation college students, said Edmonds-Miller, “bring a unique joy and passion to the classroom because of all the people we are representing and we bring a brightness and resilience that cannot be matched. This journey is hard but at the end of the day we will be able to say we took flight and created better lives for ourselves, those in our communities, and in the world.”