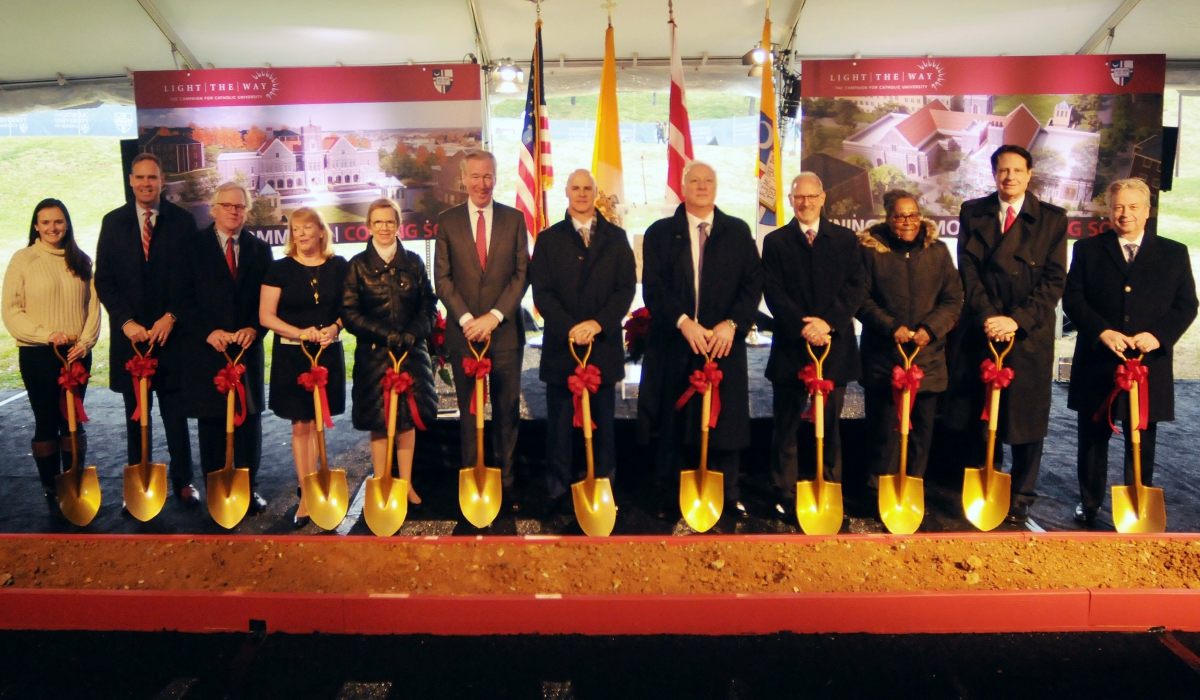 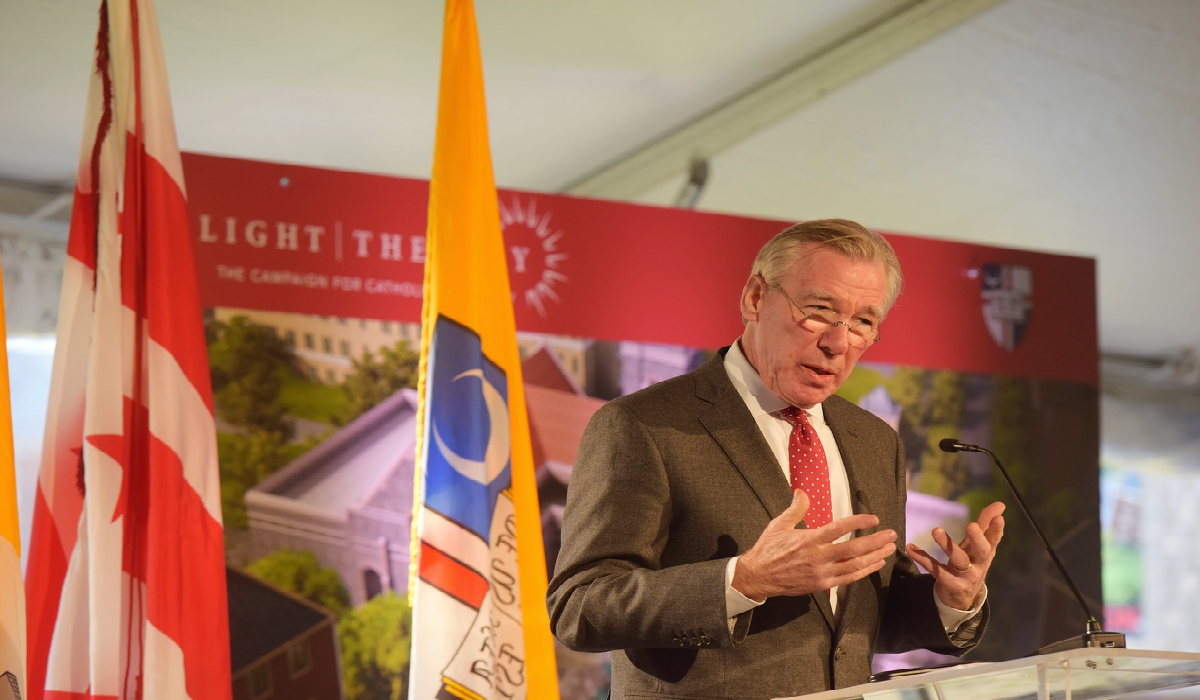 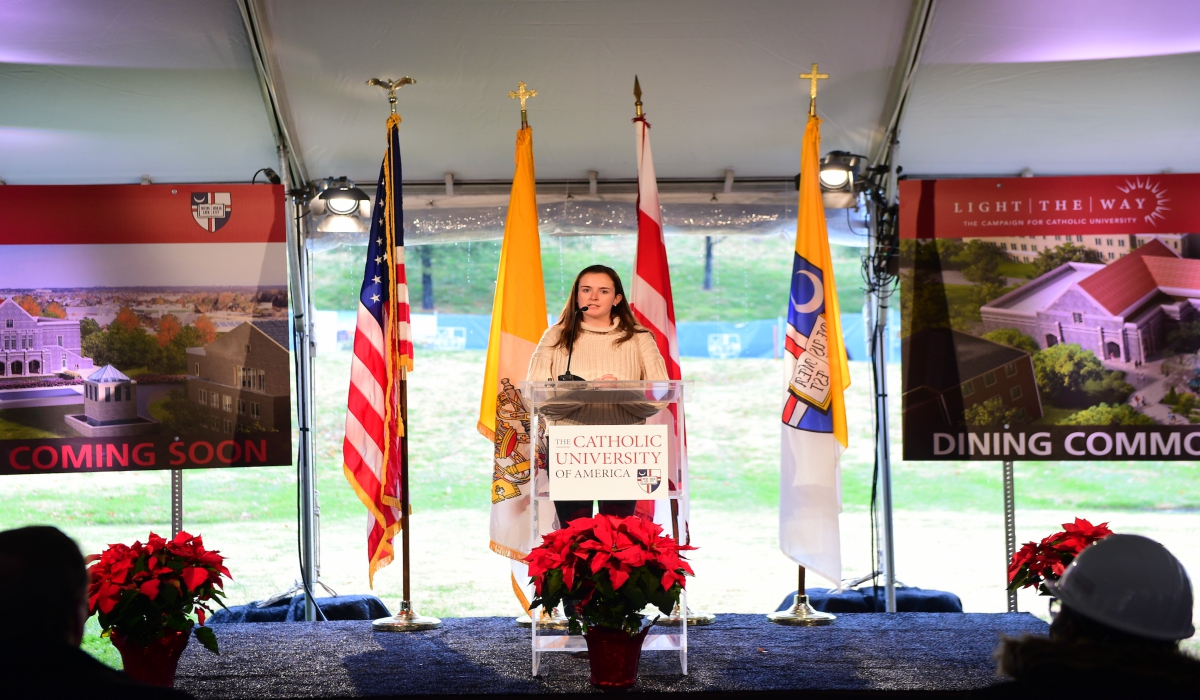 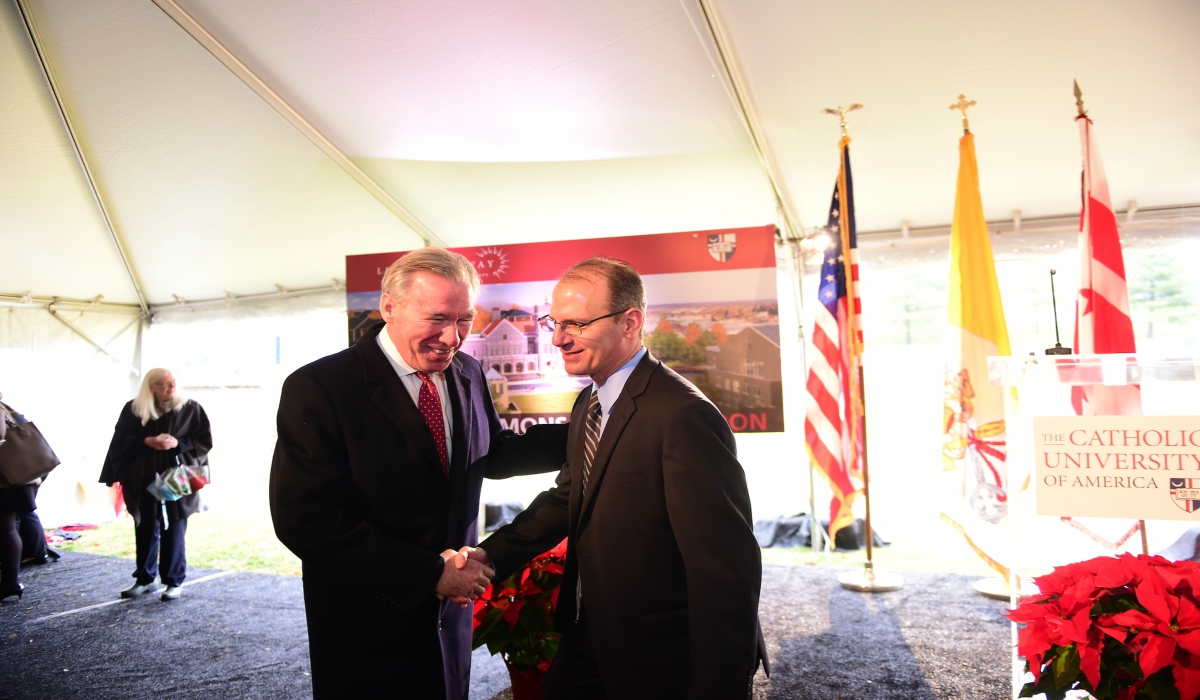 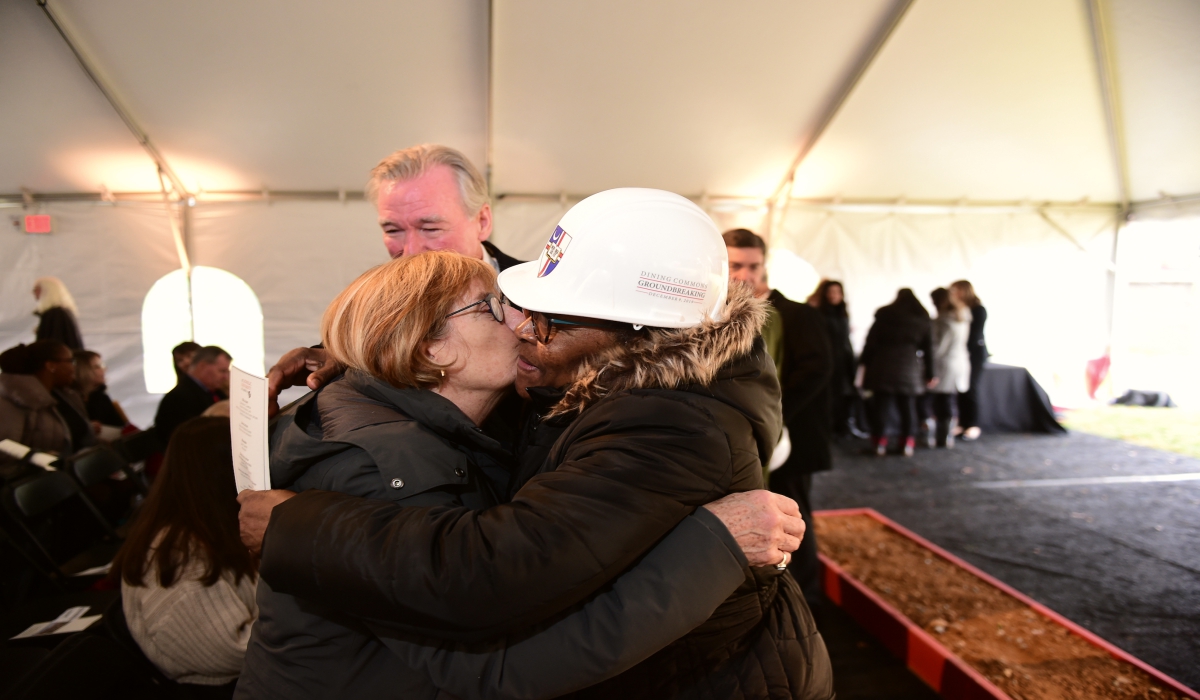 Catholic University broke ground this week on a new project that will impact the daily lives of students for years to come. The Student Dining Commons, which is expected to open in 2022, will be built at the north end of the University lawn where Magner House once stood. The symbolic groundbreaking for the building took place Dec. 9 on the University lawn and included University faculty, staff, students, trustees, and patrons.

The student dining commons will be constructed thanks in part to an $8 million anonymous donation. The $8 million gift is part of Light the Way: The Campaign for Catholic University, a $400 million comprehensive campaign.

Deacon Steve Kaneb, a member of the University’s Board of Trustees, began the ceremony with an invocation in which he reflected on the Feast of the Immaculate Conception, which was being celebrated on the same day.

“Today we call on the intercession of Mary, the uncorrupted ark of the new covenant who nurtured in her womb our savior,” he said. “May the University use this new structure as an ark where the students and community of this great institution will nurture mind, body, and soul.”

“There is a lot of construction happening on campus, but no project will improve the quality of student life more than this one,” said University President John Garvey. “A dining commons is the heart of any campus. It’s a place to make friends and build community.”

After reflecting on how families build connections and traditions while sharing meals, Garvey said he hoped students will use the new dining commons “to create their own traditions, and pass them on to younger students, like all good families do.”

“Some of my best memories from the last three and a half years come from the time I’ve spent with friends in the Pryzbyla Student Restaurant, and I’m so excited for other students to have those experiences in the new dining commons,” she said.

Joe Carlini, chair of the Board of Trustees and co-chair of the Light the Way campaign, said he believes the new building will have a “tremendous impact” on students for years to come.

“I know I’m not the only alumnus who has cherished memories of time spent in favorite spots on campus,” he said, referring to the Rathskeller, a bar that once existed in what is now Father O’Connell Hall. “This dining commons is going to be one of those places too where you make great memories that last for the rest of your life.”

Carlini also spoke about other recent and planned construction projects for the University, including Maloney Hall, Carlini Field, and the planned nursing and sciences building, saying the improvements will “bring Catholic University to another level.”

“We already know that we’re a first-class institution, but these projects are going to make it even more obvious to the surrounding community here in our nation’s capital,” he said.

The $8 million lead gift that makes the dining commons possible was made as part of Light the Way: The Campaign for Catholic University. Through this Campaign, the University has set a goal to secure more than $100 million for investments in student success, with $60 million designated for new dining, recreation, and athletic facilities.

The $8 million lead gift that makes the dining commons possible was made as part of Light the Way: The Campaign for Catholic University. Through this Campaign, the University has set a goal to secure more than $100 million for investments in student success, with $60 million designated for new dining, recreation, and athletic facilities.