CatholicU Students Experience Politics on Campus and in D.C. 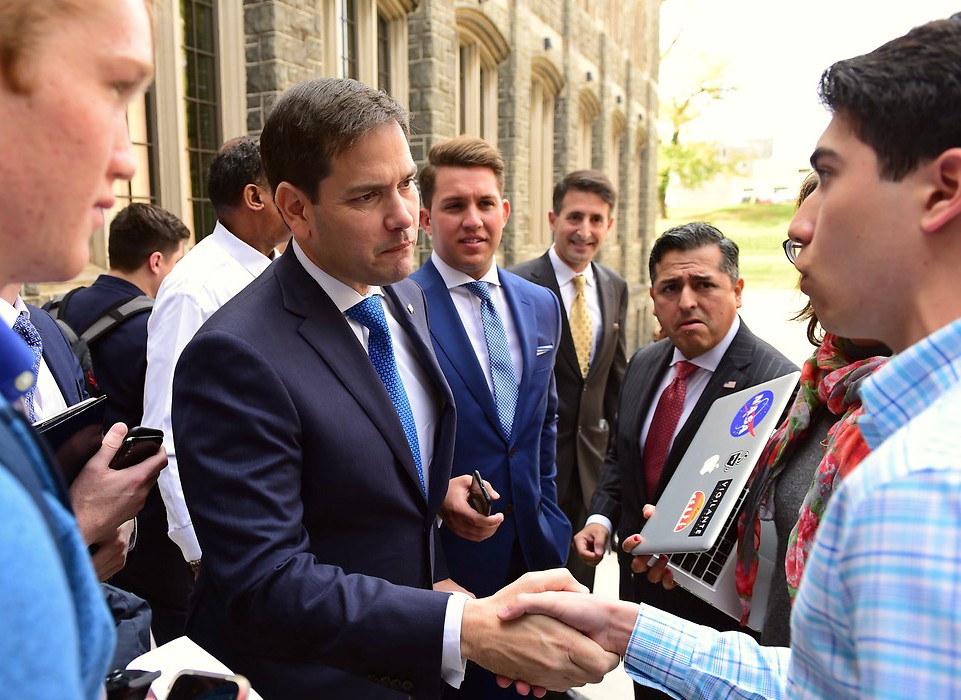 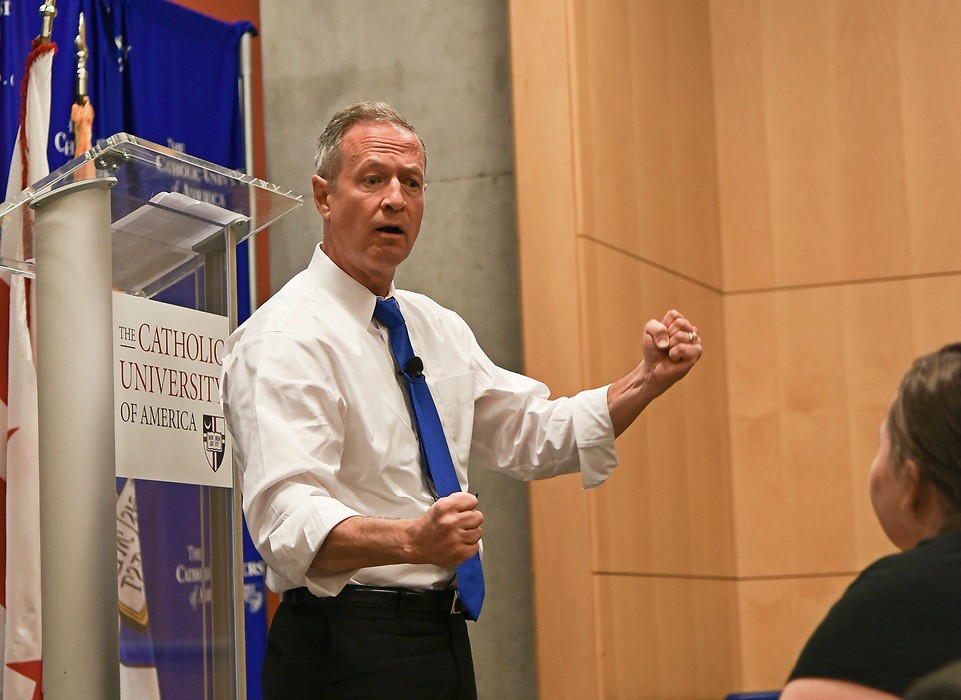 The student organizations College Republicans and College Democrats — known to students as CRs and Dems — have membership across every major and year. This semester, the Dems welcomed more than 100 students to their first interest meeting of the year. CRs also brought in a large number of students when they hosted a beginning of the year “All-American BBQ.”

The clubs often host political speakers that draw both students and media attention. This semester, the Dems hosted New York Representative Grace Meng to speak about menstrual equity and her work in Congress to pass the Menstrual Equity for All Act, a bill she introduced in March.

“We send out surveys to students and connect with congressmen and women people have interned with to secure those speakers,” said Marie Erikson, College Democrats president and senior secondary education major. “To secure Grace Meng we had been in contact with her since June.”

In addition to the politicians invited by the Dems and CRs, more political representatives are invited by specific academic departments, research institutes, or schools.

CatholicU has connections, whether alumni or through faculty, that are experienced in politics. From Mitch Landrieu and Martin O’Malley (both alumni) to Carly Fiorina and Marco Rubio, well-known names and faces often take time to speak to and meet the University community.

Recently, former Speaker of the House Newt Gingrich came to CatholicU through an event hosted by CRs.

“We secured Newt through a connection, but he was interested in coming to a college campus to speak on his new book, Trump v. China,” said Michael Klein, senior politics major and CR president.

Students taking courses in the politics department can hear directly from the people and institutions they study, and “these are memorable events” for students, according to John White, politics professor.

“Catholic University has an extensive network that we call upon to talk to our students. We have some very distinguished alumni on both sides of the aisle,” White said. “These folks are willing to help our students and they provide a uniquely Catholic perspective in their presentations.”

Off campus, there are many opportunities for students to gain first-hand experience in regional, national, and global politics.

Thomas Curry, a media studies junior from Pennsylvania, interned for Ohio Representative Steve Stivers this past fall semester on Capitol Hill, three Metro stops from campus. A typical day for Curry included giving tours of the Capitol building to constituents visiting D.C., answering constituents' calls, and attending briefings and meetings. Curry is one of hundreds of students in the D.C. area interning on Capitol Hill each semester.

“It was great that I had the opportunity to complete an internship project proposing various bills Stivers should support,” Curry said.

His final project was about expanding rights for veterans. One of the bills he was able to bring to representative Stivers’ attention was about installing dropboxes for returning unused prescription drugs at Veteran’s Affairs health centers. It was after Curry’s presentation that Stivers co-signed the bill.

Even if students don’t work for the Government or aren’t politics majors, they may participate in political events or demonstrations. Each January, Catholic students are known to participate in both the March for Life and the Women’s March.

Last year, President John Garvey implemented a policy to cancel classes from 11 a.m. to 3 p.m. for the March for Life so it, “will make the decision easier for students who don’t want to miss class,” Garvey said.

“As someone who was adopted, there are certain issues that I hold deeply in my heart. I love that CatholicU gives me the opportunity to participate in these events. I know a lot of people who participate in protests and demonstrations in D.C. and I think it’s beautiful that we live so close to history being made every day.” -Julia Kelley, a junior vocal performance opera major

Despite the dividing nature of politics, many CatholicU students welcome political conversations with open minds and hearts. Events like the annual Bipartisan Kickball Game show Catholic’s dedication to creating a space that fosters friendship between everyone regardless of their beliefs. Frequently, Dems and CR’s will attend each other’s events to show their support.“We are happy to turn out for College Dems' events, they put on well orchestrated events. I think they would say the same about us!” said Klein.