Dear Members of the University Community,

Today the Vatican released its report on what Church leaders knew about allegations of sexual misconduct against the former cardinal Theodore McCarrick. Pope Francis asked for the report, which addresses “the Holy See’s institutional knowledge and decision-making process” regarding McCarrick.

It has been more than two years since the Archdiocese of New York found allegations that McCarrick had abused an altar boy to be “credible and substantiated.” This news hit our University community close to home.

Between 1958 and 1965, McCarrick was, successively, a student (M.A. ‘60; Ph.D. ‘63), assistant chaplain, Dean of Students, and Director of Development at Catholic University. He was one of the longest-serving Board of Trustees members in recent memory, and served as Chancellor of the University from 2000-06, when he was Archbishop of Washington. We gave him an honorary degree in 2006.

As a response to the revelations of McCarrick’s sexual misconduct the University Board of Trustees rescinded McCarrick’s honorary degree in July 2018. We also launched The Catholic Project, which seeks to be the place where clergy and laity come together to address the most pressing issues of our time. As a first project, we recently launched a podcast called Crisis: Clergy Abuse in the Catholic Church. The first episode revisits the events of 2018, and then tells the greater story of the sex abuse crisis in the Church. I encourage you to listen, and to keep in touch with The Catholic Project. I am including below a statement from Stephen White, the Executive Director of The Catholic Project.

The entire Catholic University community acknowledges the gravity of sexual abuse at the hands of clergy, and the deep and lasting pain and suffering of survivors. We offer our prayers and pastoral support for the survivors, that they and their families encounter healing and peace. And I recommit this University to addressing sex abuse in the Catholic Church with courage and tenacity.

The Truth Will Set You Free
Statement From The Catholic Project

The wounds inflicted by Theodore McCarrick upon his victims and upon the whole Body of Christ cannot be undone by one report, however thorough or transparent. But truth and transparency are necessary steps toward healing those wounds and repairing the trust that has been broken.

Thoughtful and thorough analysis of the report will take time. For now, as we read through this report, a spirit of penance and humility ought to temper our anger and pain at the injustices committed by our clergy, and the sense of betrayal brought about by shepherds who failed to protect the flock.

Most importantly, our thoughts go out to those victims of clerical sexual abuse for whom this report may well be a source of renewed trauma and pain. We pray for them especially in the sure hope that the truth will set us free. 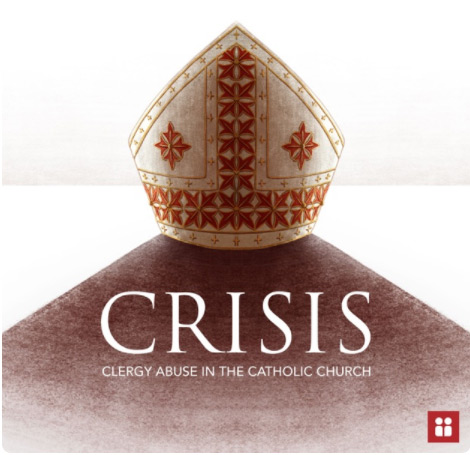 Hosted by the University spokesperson Karna Lozoya, the 10-part audio documentary explores how the Catholic Church continues to struggle with the issue of sex abuse, despite the many reforms it has adopted.

The summer of 2018 sets the stage to explore the history of the sex abuse crisis, examine what changes have been made, and what still needs to happen.

Hosted by the University spokesperson Karna Lozoya, the 10-part audio documentary explores how the Catholic Church continues to struggle with the issue of sex abuse, despite the many reforms it has adopted.

The summer of 2018 sets the stage to explore the history of the sex abuse crisis, examine what changes have been made, and what still needs to happen.