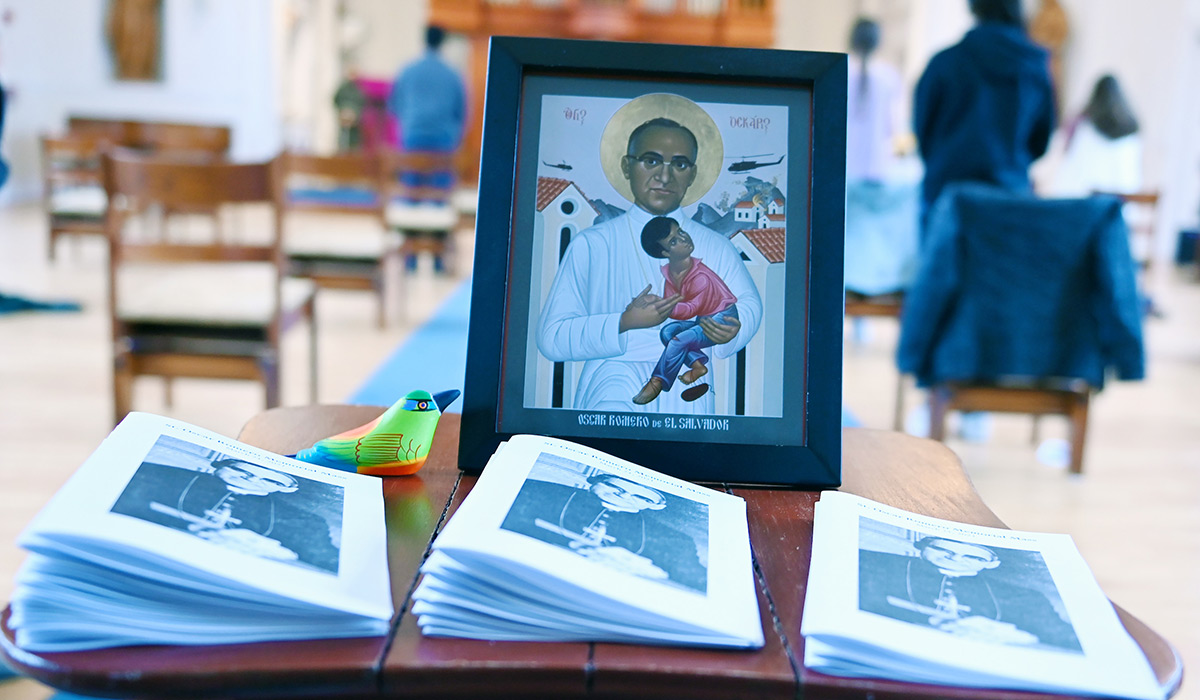 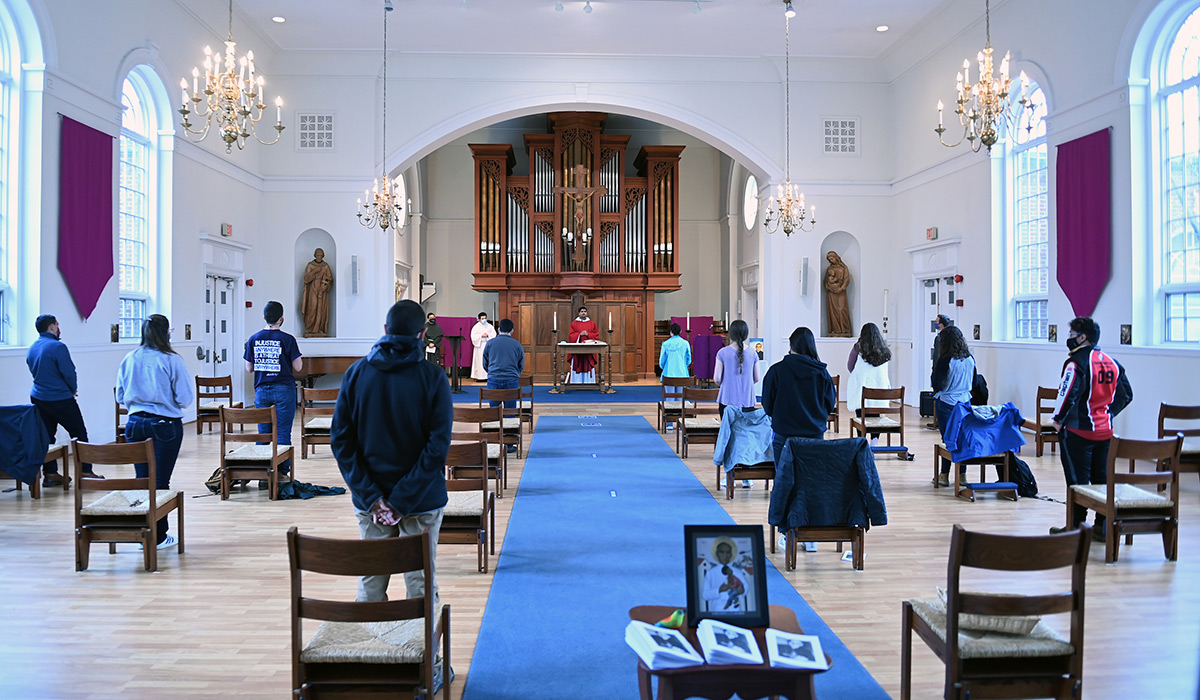 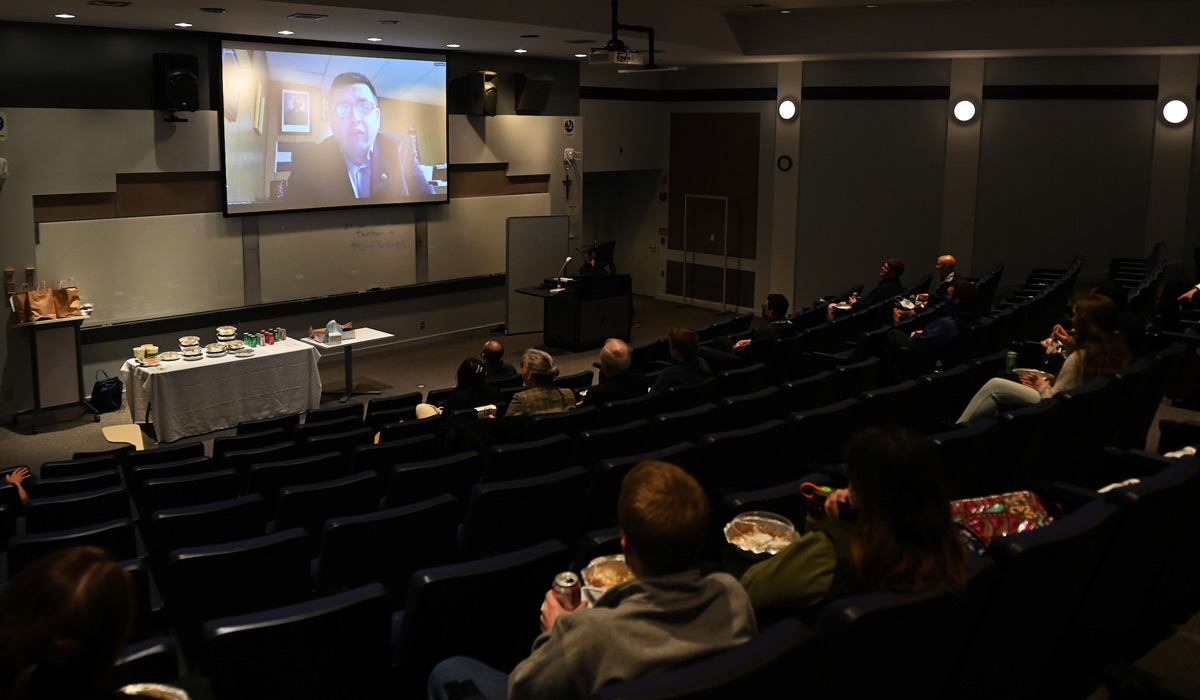 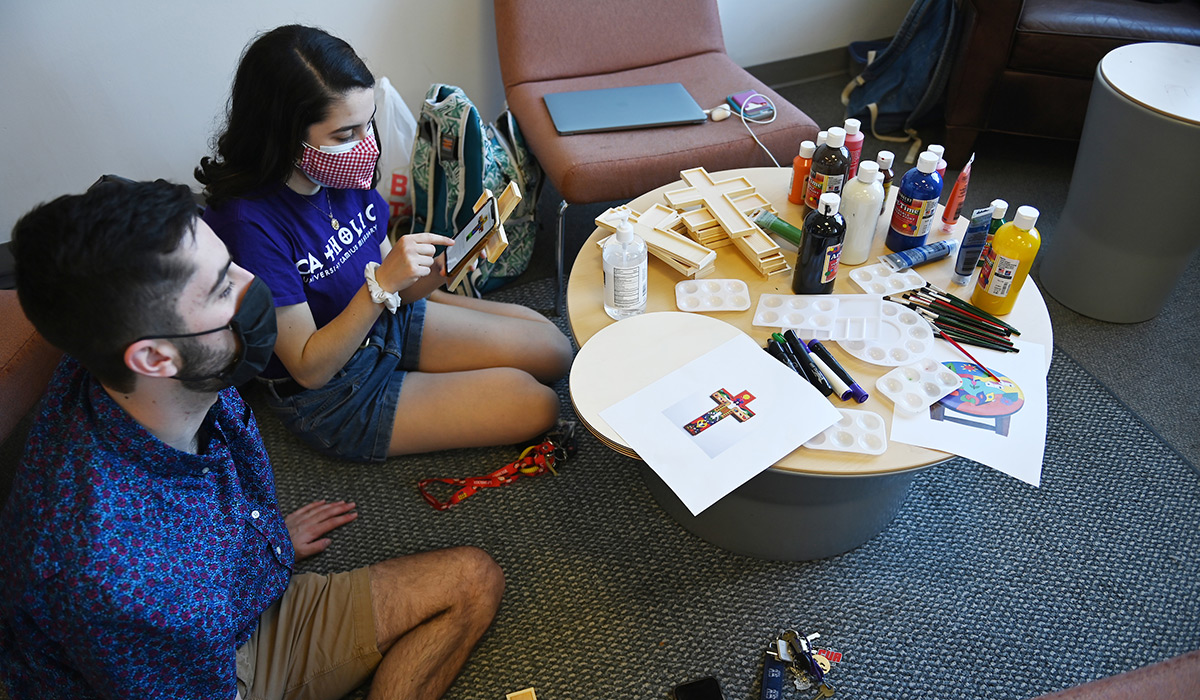 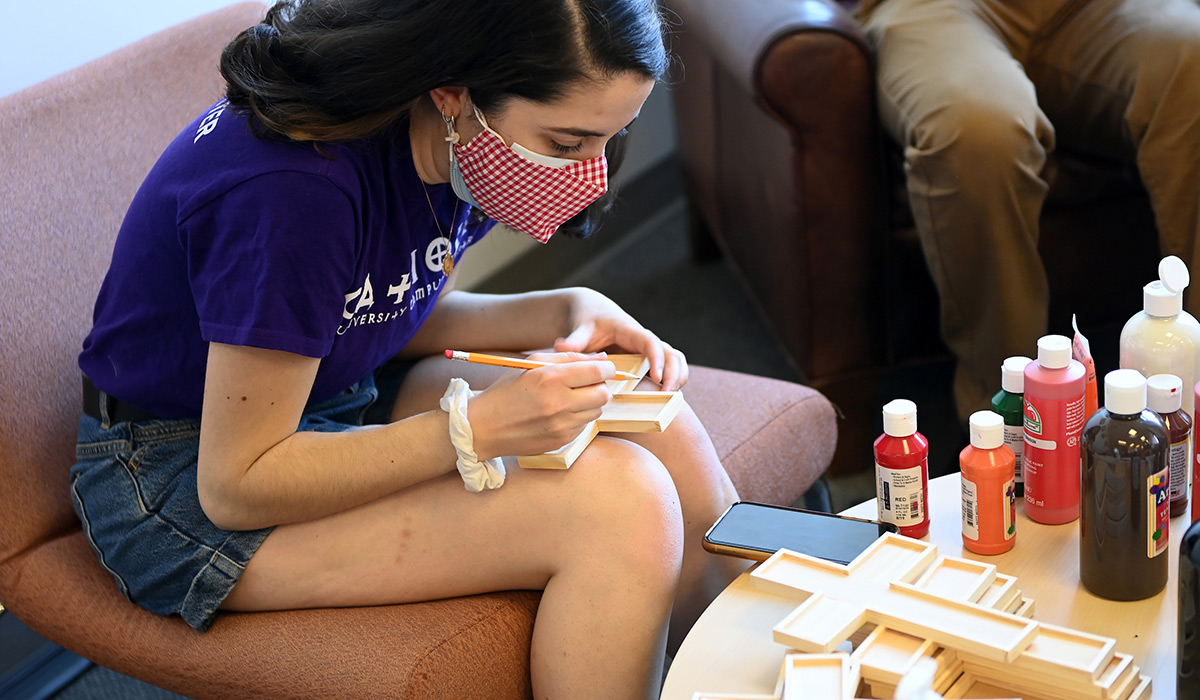 The Catholic University of America celebrated St. Oscar Romero last week during a series of events planned by the Center for Cultural Engagement, Campus Ministry, and the Student Organization of Latinos.

St. Romero, whose feast day is March 24, was archbishop of San Salvador and an outspoken critic against the social injustice and violence that led to the Salvadoran Civil War. In 1980, he was shot by an assassin while celebrating Mass. After being declared a martyr in 2015, he was canonized a saint in 2018.

“As a first generation graduate student, and a Latino-American Catholic of Central American parents, St. Oscar Romero's witness carries a very stirring significance for me,” says Brother Cristofer Fenández, O.F.M. Conv. “Having grown up in the D.C. area, where many immigrants of the Salvadoran diaspora have settled (including my family), learning about his story and the influence of his voice during a time of great tumult in El Salvador has shed a tremendous light on my own origin story.”

The events honoring St. Oscar Romero were planned to help spread his message to a wider audience. It included a virtual presentation about his life, a bilingual memorial Mass, a panel discussion, and an arts and crafts activity.

In 2019, Harrison Hanvey, assistant campus minister for immersion programs and community service, traveled to El Salvador with a group of CatholicU students.

“During that trip, we learned about the story of Romero, saw where he lived and walked, as well as where he was shot and killed while celebrating the Mass,” he says. “We heard stories from those who knew him, and saw murals of him painted all over the capital. The message of Romero impacted the world greatly during his life, and impacted our students on that trip as well. His message is one that rings as true today as ever, and many of the injustices he spoke out against are still present, and just as dire, in our current societies.”

Javier Bustamante, director of the Center for Cultural Engagement, says that “Monseñor Romero” (as many people refer to him in Spanish) is one of the reasons he has remained a Catholic. “His powerful witness to the Gospel allowed me to realize that Christ cares for the marginalized in our world, and it is through each one of us that they get to experience the closeness of God. Through his example we can become a Church that goes out to show the love of God to the world.”

“St. Oscar Romero speaks to us North Americans today as we face our own plethora of social plights exacerbated by the pressures of global pandemic,” says Brother Cristofer. “He shows us that even in our human weakness, we are capable of great feats, most especially being ‘God's microphone.’ He challenges us to use the light of the Gospel to inspect the signs of our own historical moment, to discern truth, do justice, and love mercy. Most of all, as in his final homiletic words, Romero reminds us that, ‘Our work does not remain here.’”