Since 2013, the Conways have given $80 million in support of future CatholicU nurses

On April 30, Bill and Joanne Conway committed an additional $20 million in scholarship support that will benefit 160 Catholic University nursing students over the next five years. With this most recent gift, Bill and Joanne’s transformational support of the Conway School of Nursing has reached a total of $80 million since 2013.

Thanks to the Conways and their Bedford Falls Fund, 82 student nurses have already received full or partial tuition scholarships. The first cohort of Conway Scholars entered the University in the fall of 2013, and they have now graduated and entered the nursing profession. CatholicU Conway Scholars are now caring for patients in 16 hospitals across the country, from Washington, D.C., to Massachusetts, to Texas. They practice a variety of specialties, from pediatric oncology to surgical intensive care units.

Graceann Kraemer, a 2017 graduate from Madison, Conn., said in a 2019 feature on the Conway Scholars in CatholicU magazine that the opportunity to study at Catholic University provided her with "the knowledge base and values that led to the job of my dreams." She is currently working on the neuroscience/neurosurgery unit at Children’s National Medical Center. Her Conway Scholarship, she added, enabled her "to put down roots in D.C. It’s hard to come up with the words to describe the impact that this gift has had on my life. I’m so grateful."

In addition to tuition support, the generosity of the Conways has allowed Catholic to provide these students with housing and stipends to complete internships, as well as preparation and review courses for the National Council Licensure Examination, known as the NCLEX-RN, which graduates must pass to be certified as registered nurses. To date, every Conway Scholar has passed the exam during their first sitting; the national average for the same data set is 80%.

Currently, 48 students are receiving the gift of an exceptional nursing education thanks to the Conway Scholars program.

“Most of these students would not have achieved their dreams of becoming nurses if they had not been selected as Conway Scholars,” said Conway School Dean Patricia McMullen. “This imprimatur distinguishes them amongst their peers. It motivates and guides them. Each will serve tens of thousands of patients throughout their careers, providing the superlative, compassionate care that is the hallmark of a Conway School graduate. We are extremely grateful to the Conways and their Bedford Falls Foundation for this outstanding and generous support.”

In 2008, the Conways began supporting several nursing programs in the Washington, D.C., area. They wanted to educate aspiring nurses and help ease the country’s nursing shortage; according to health care experts, the U.S. will need an additional one million nurses by 2025.

Bill, a University Trustee and the co-founder and co-chairman of The Carlyle Group, said he and his wife are focused on helping educate 20,000 nurses in the United States.

Bill and Joanne have enjoyed getting to know the Conway Scholars, and they are proud to see these students make a difference in the world. “The quality of the nursing students at Catholic University is outstanding,” Bill added. “With the increasing need for nurses nationwide, we are thrilled with the impact graduates are having in health settings here in Washington, D.C., and all over the country."

As the Conways learned more about the University’s plans to expand the nursing school, they invested even further. Two additional $20 million gifts in April 2019 and March 2020 provided half of the funding that will allow Catholic University to construct a new state-of-the-art building for its nursing and science programs.

The new facility is expected to open in 2024, and at more than 102,000 square feet, it will double the size of the current nursing education facilities and provide space to double the current number of nursing students and dramatically increase the number of faculty. The Conways’ gift will help bolster the number of scholarships available for incoming students, allowing the school to grow and ensuring that the Conway Scholars program can continue to provide the highest quality health care providers. 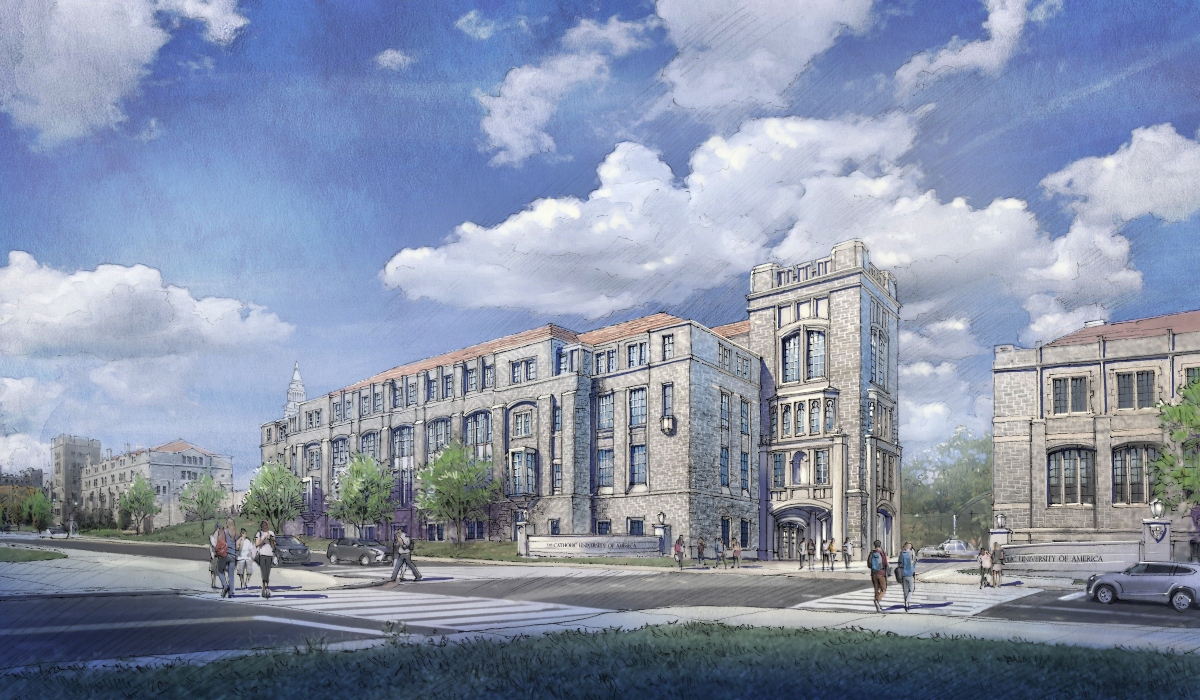 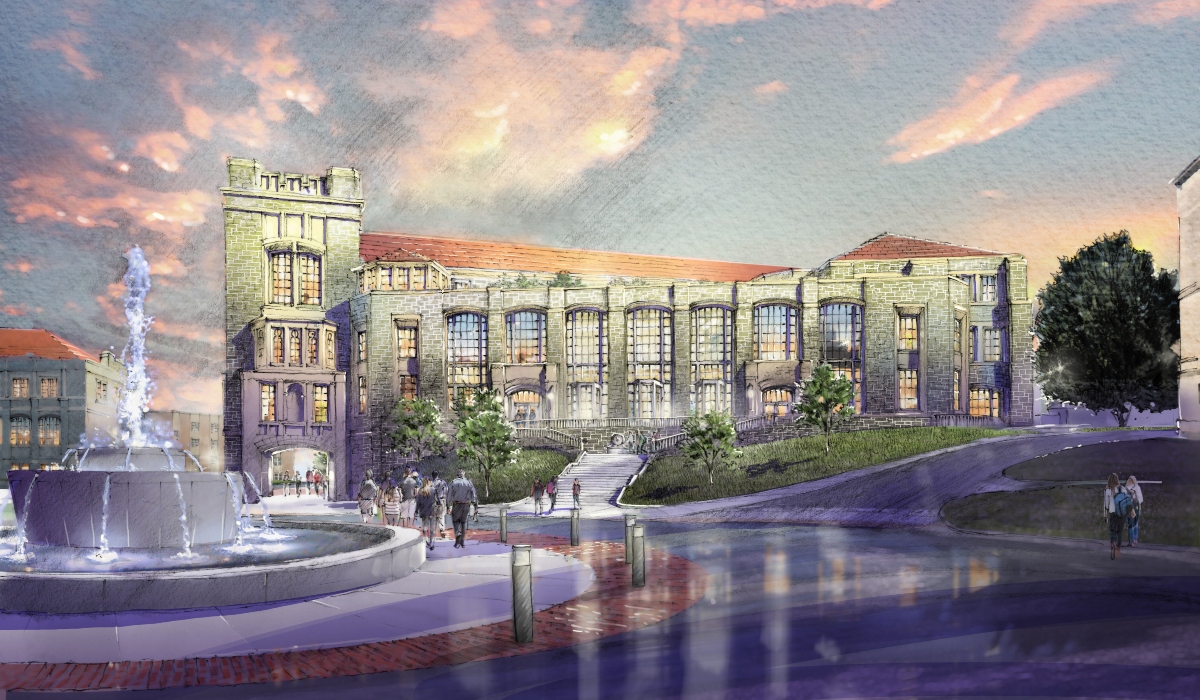 “Our Conway School of Nursing has long been a source of great pride to the University. We are so grateful to Bill and Joanne for all they have done to contribute to its success,” said University President John Garvey. “I am confident that the Conway School will become the gold standard for nursing education in this country.”

In February, the University announced that Clark Construction Group has been selected to construct the new building. Clark will partner with the all-star design teams of Ayers Saint Gross and Robert A. M. Stern Architects to design and build the facility.

This most recent $20 million gift to support scholarships ties the Conways’ two previous gifts toward the new nursing and sciences building as the largest single gifts ever given to Catholic University. In June 2019, the University celebrated the Conways as the largest benefactors in University history by naming the School of Nursing in their honor. Both Bill and Joanne also received honorary degrees from the University in 2017 in recognition of their philanthropy.

This generous gift from the Conways was made as part of Light the Way: The Campaign for Catholic University, the University’s first comprehensive campaign, which to date has raised more than $379 million toward the Campaign’s $400 million goal. 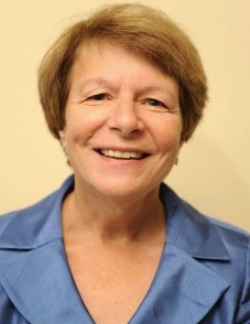 Dean and Professor
School: Conway School of Nursing
END_OF_DOCUMENT_TOKEN_TO_BE_REPLACED
Back to Top