On a Thursday afternoon in August, architecture student Juan Soto was part of a team of more than 50 architects, carpenters, and students pulling ropes to raise a hand-built, full-scale truss on the campus of The Catholic University of America. The triangle-shaped wooden structure, which measured 45 feet wide and 35 feet tall, was a replica of truss #6 from the Notre-Dame de Paris, one of 25 primary trusses that held up the choir roof before the famed cathedral caught fire in 2019.

“We started to pull and pull and we saw the truss raising little by little,” he said, referring to the hand-built pulley system constructed to raise the structure. “When it was standing up, it was amazing to see the truss raised in front of the Basilica [of the National Shrine of the Immaculate Conception]. It was very emotional for some people.”

For Soto, a senior from northern Virginia, the truss-raising was the climax of a summer spent studying the history and construction of the Notre Dame Cathedral. In the weeks leading up, he took a course on its history and reconstruction taught by Tonya Ohnstad, associate dean of graduate studies in the School of Architecture and Planning. And for the previous week, Soto had been part of a team of more than 40 carpenters and builders working to build the full-size replica of the truss, using only medieval tools.

The 10-day truss-building workshop was cosponsored by the School of Architecture and Planning and Handshouse Studio, a Massachusetts-based educational nonprofit, with the support of Charpentiers sans Frontière (Carpenters Without Borders), a group of carpenters who seek to replicate historical building methods. To build the truss, the team used the official drawings created by French lead architects Rémi Fromont and Cédric Trentesaux of the Notre-Dame de Paris reconstruction process. No modern tools or equipment were used in the construction process. All wood was hand-hewn, and each piece of timber was connected with pegs.

One of Soto’s tasks during the building workshop was working with Handshouse volunteer Michael Burrey to cut down a log into one of the large pegs that would keep the truss together.

“It’s amazing to have this opportunity to be out here learning with the framers,” Soto said. “This class has really helped us learn about timber framing and the connections and how these different joints were created. It’s really interesting to see it on paper. But then, coming out here to the site, we get to see how it’s actually built, how it’s constructed, keeping in mind the traditions the French used back then.”

Abigail Sekely, who graduated with her bachelor’s in architecture in 2020, was one of several alumni who returned to campus to participate in the truss project. She said the project was a unique opportunity to see how a design comes to life in a massive way.

“To see the drawing and bring it to life on a scale of this magnitude is not something that is often done,” she said. She also appreciated the rare opportunity to have a connection with the original cathedral in Paris.

Ohnstad hopes that after participating in the course and the truss-building workshop, her students will have a greater understanding of their own place in the history of construction and the basic and fundamental principles that have been passed on throughout history.

“I don’t see it so much as honoring the past as saying, ‘We’ve been gifted knowledge that has been acquired over a long time that we should take with us,’” she said. “There’s a lesson to be learned for the students in what comes after designing a building — how can we bring our designs to life.”

“To have our work be a part of the museum display, I’m speechless,” said Soto. “This experience went by so fast that it felt like a dream, but we all had a lot of fun working on it.”

Ohnstad said she hopes students learned from the experience of working alongside builders and framers, especially after a year of remote learning. Soto certainly has — he has a new perspective on what it means to work with traditional building methods and materials. In the future, he hopes to learn more about timber framing and its uses in modern design.

“Being able to create something that works not just on the computer but to see it in real life is an awesome experience,” he said. “This showed me that it’s very important for architects to really get out there and get a feel for the work and the materials to improve your architecture and your work.” 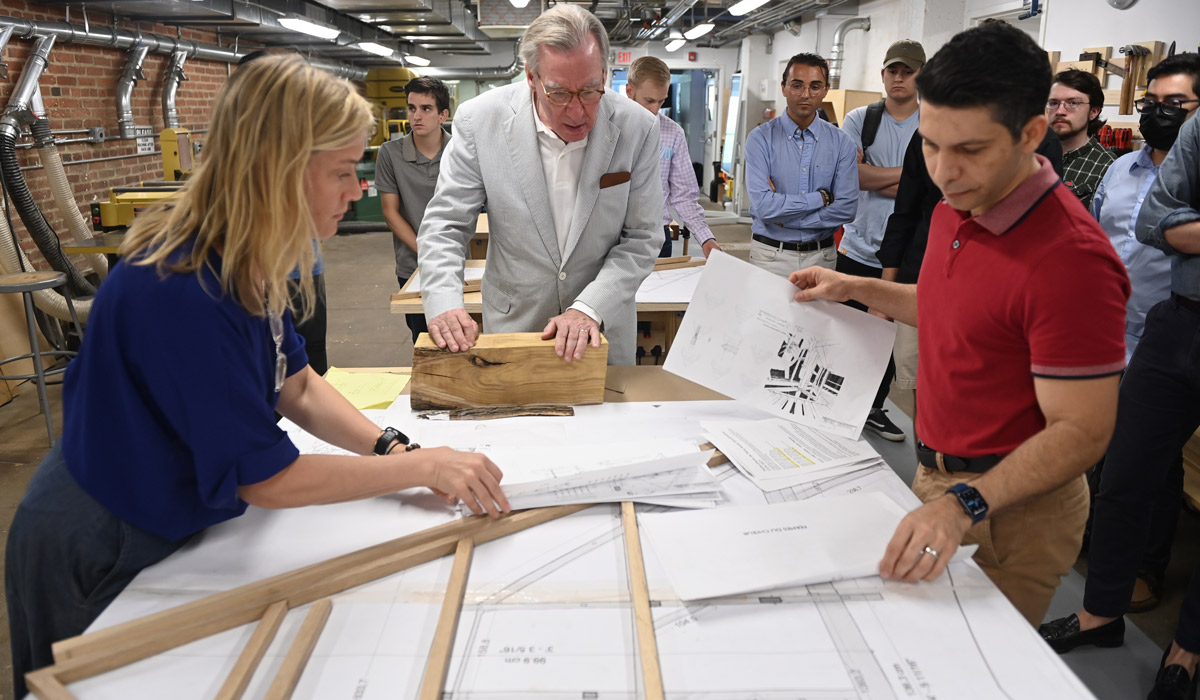 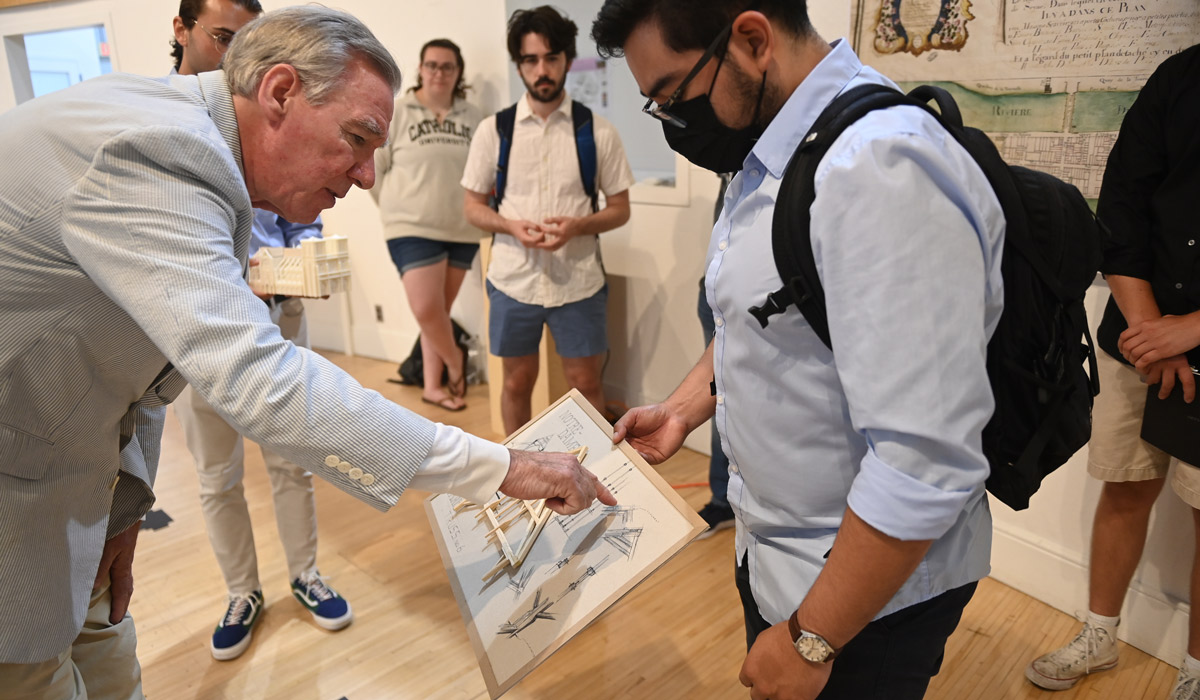 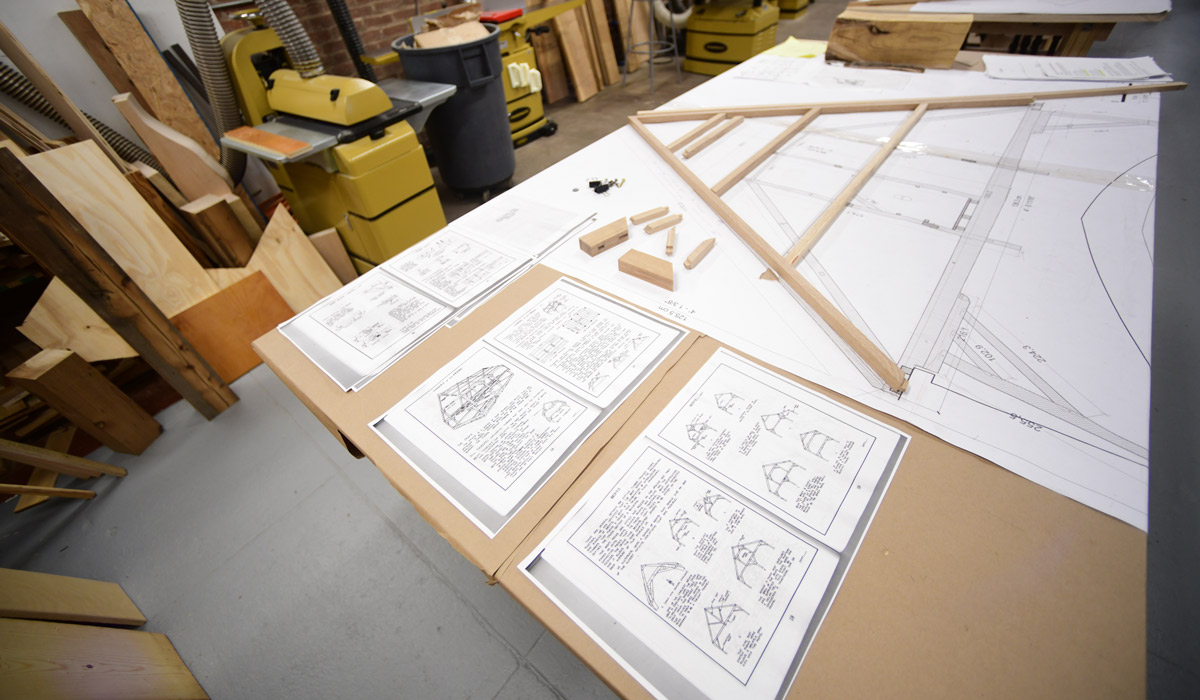 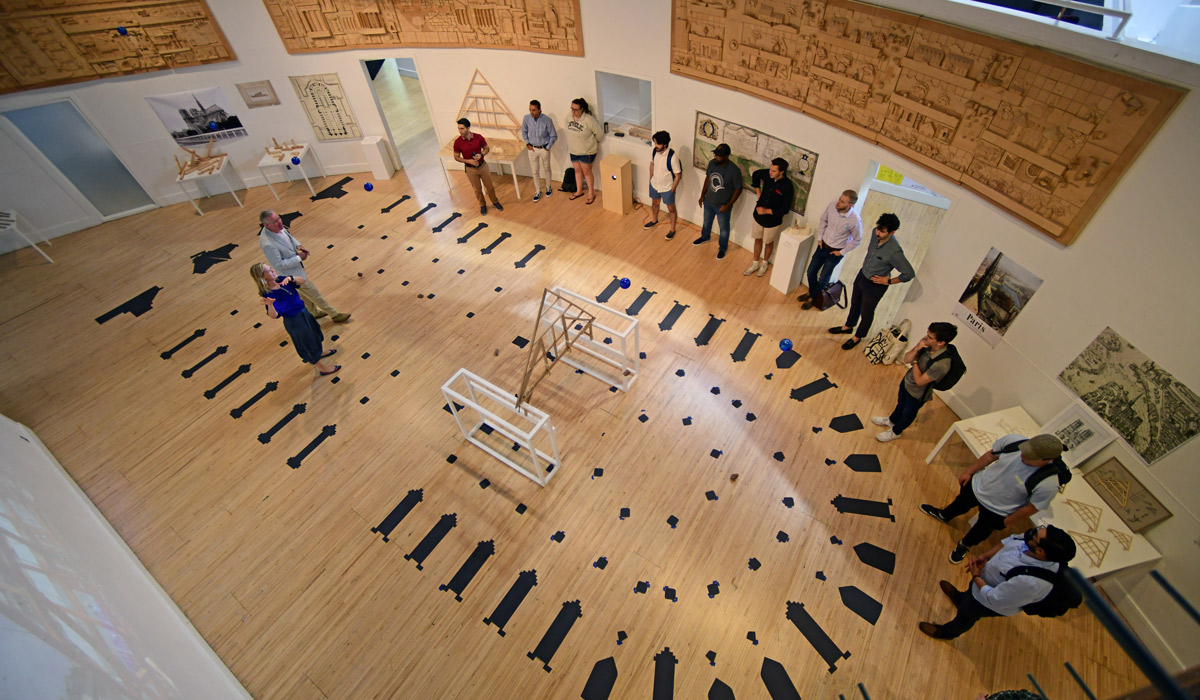 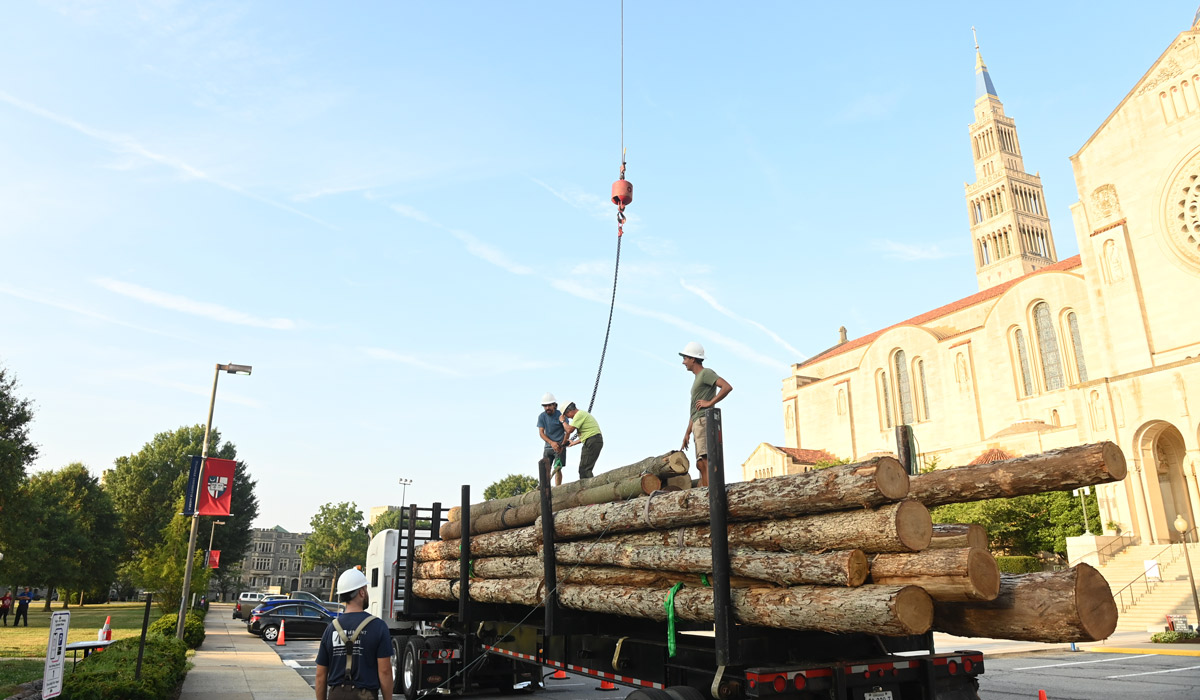 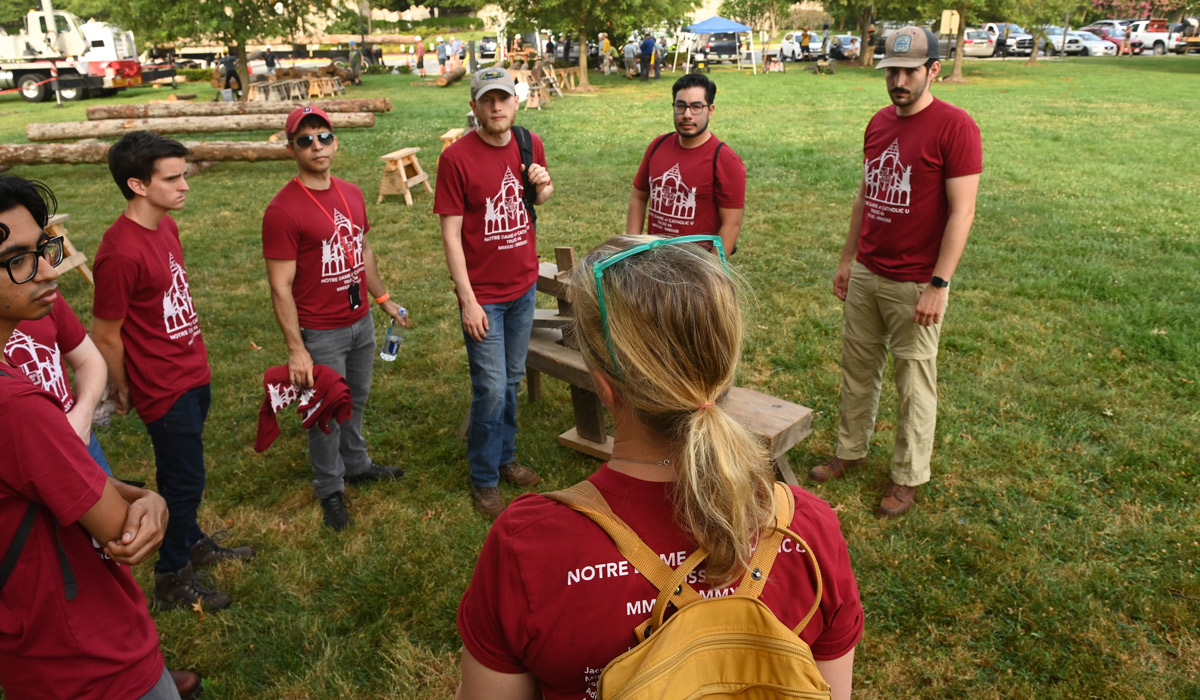 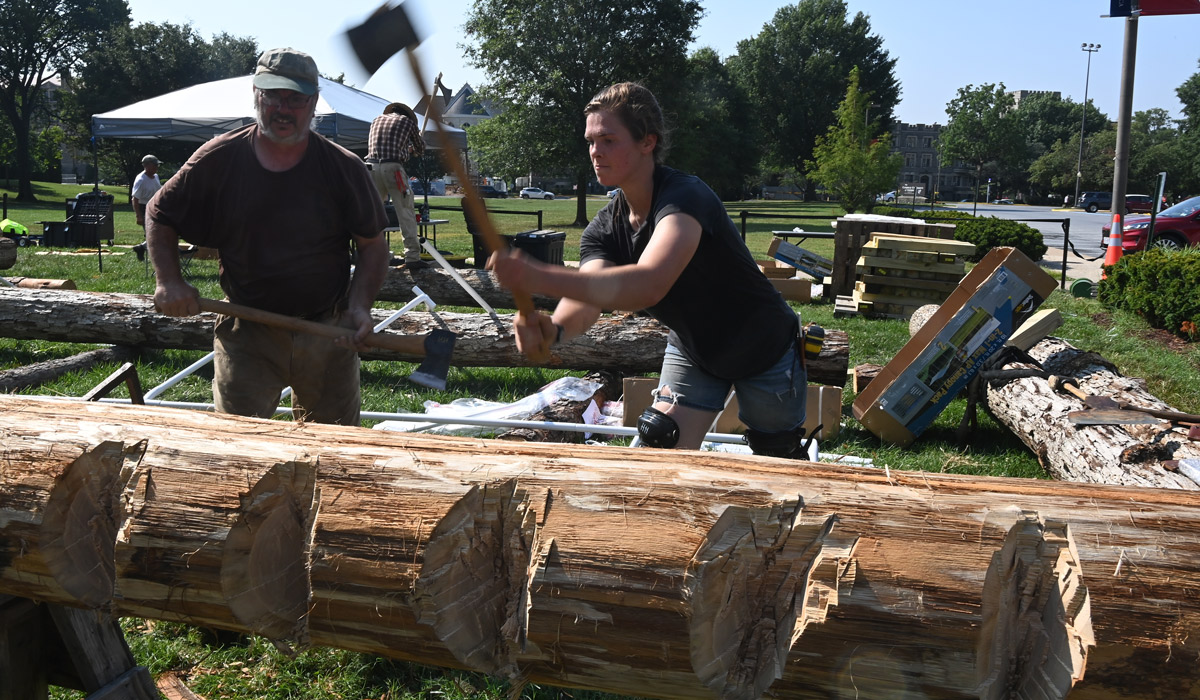 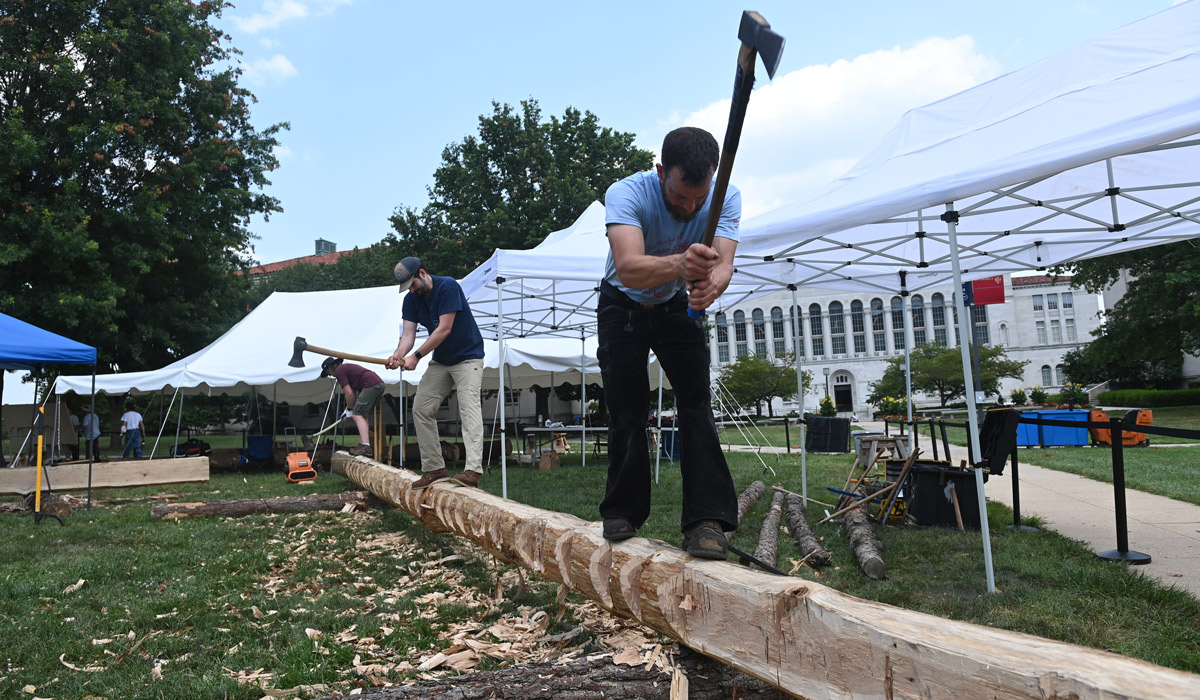 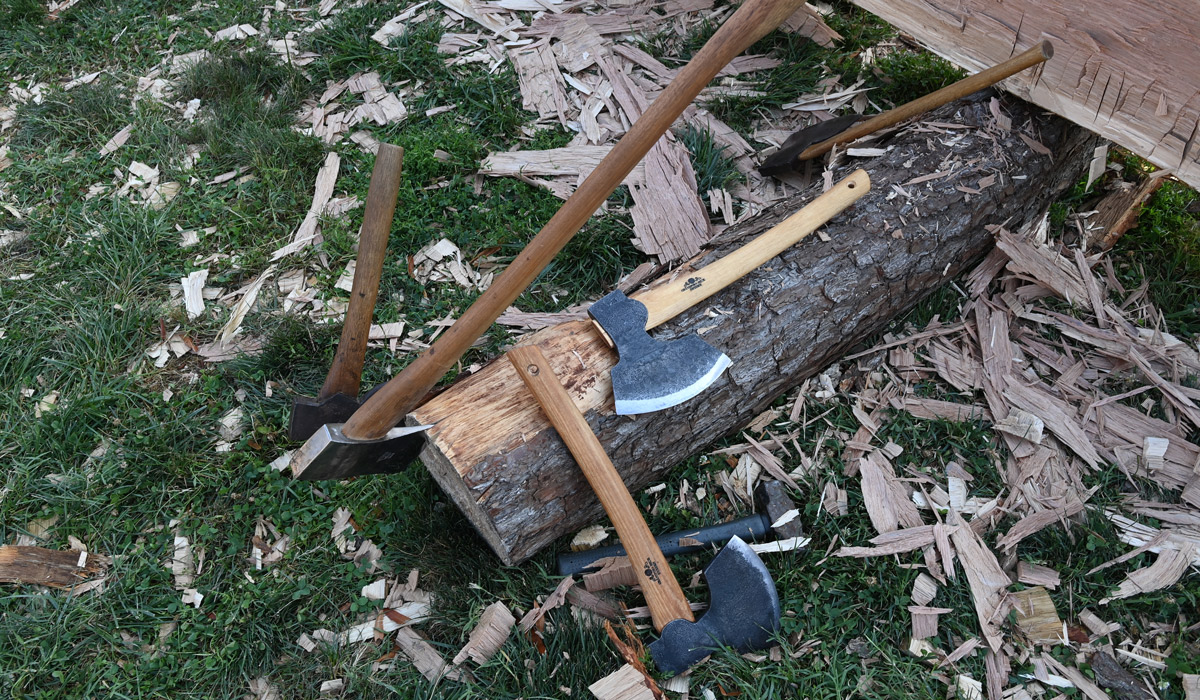 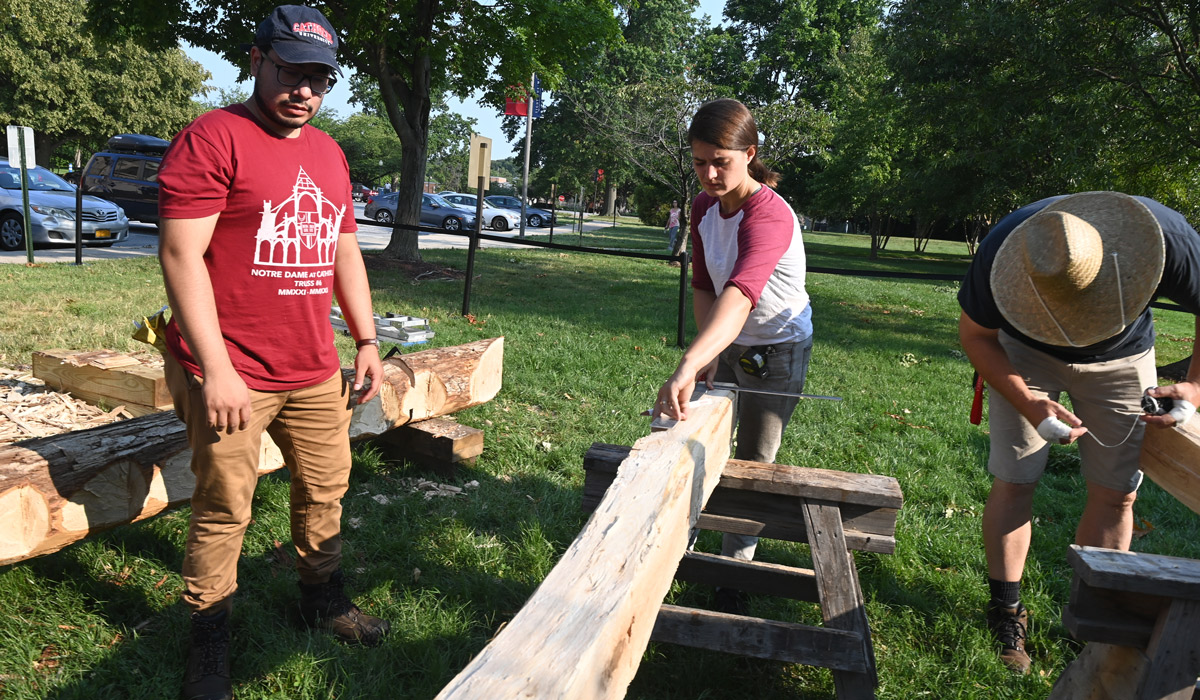 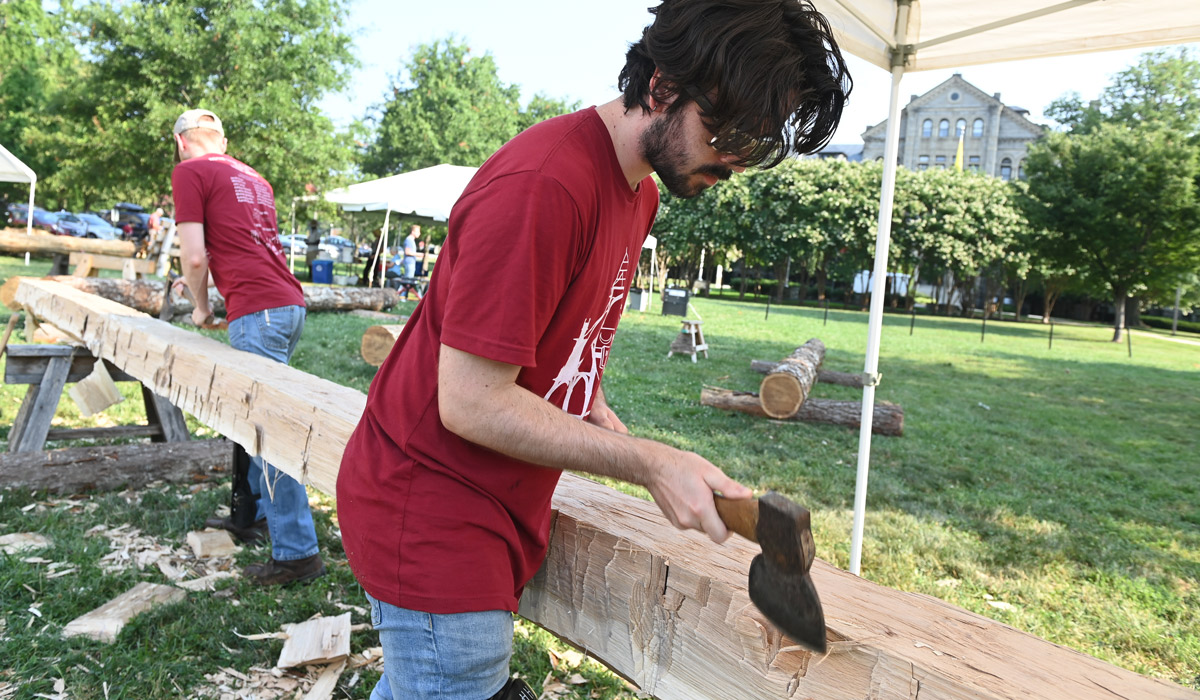 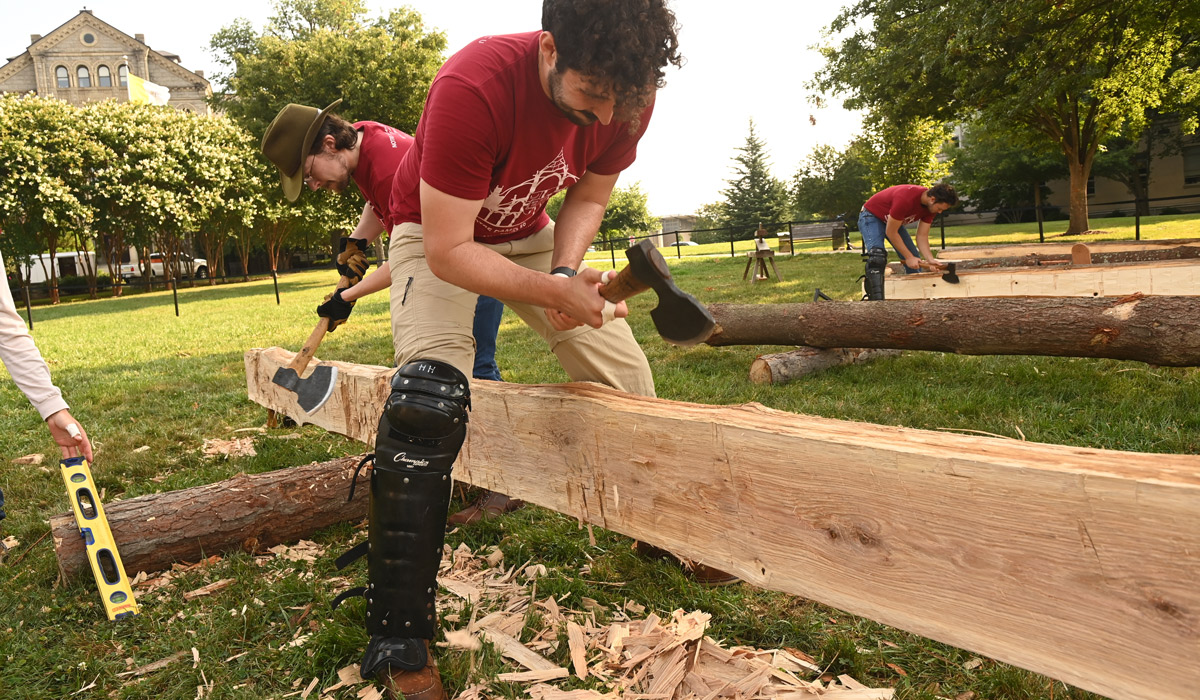 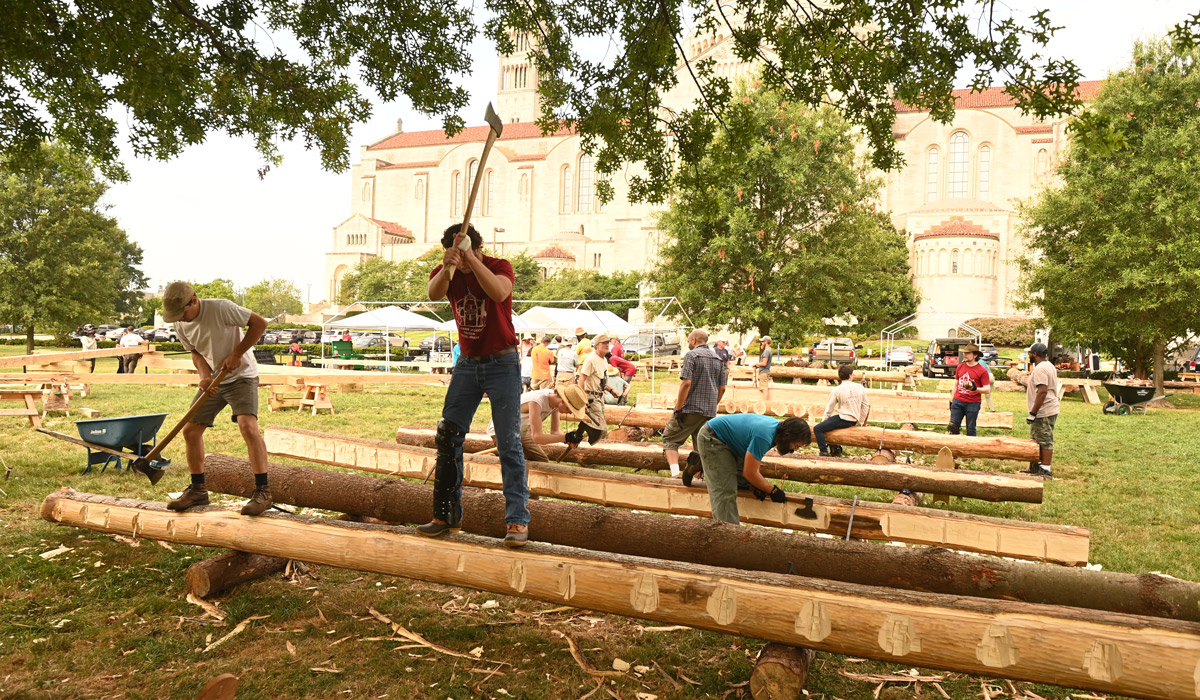 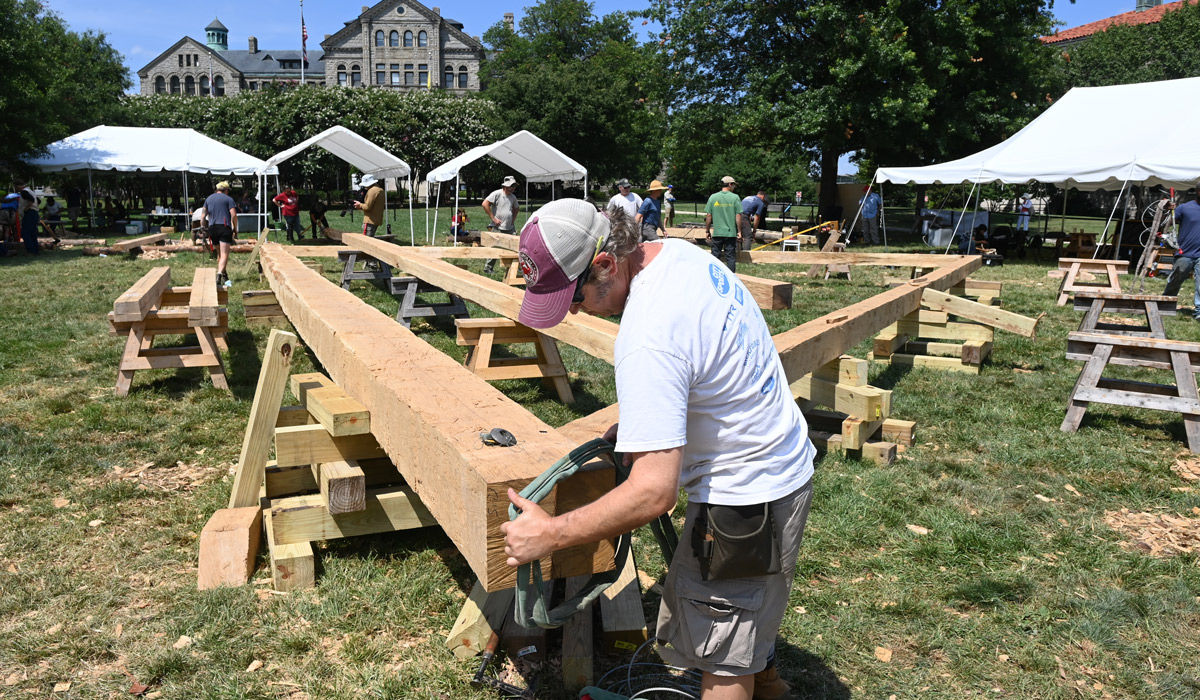 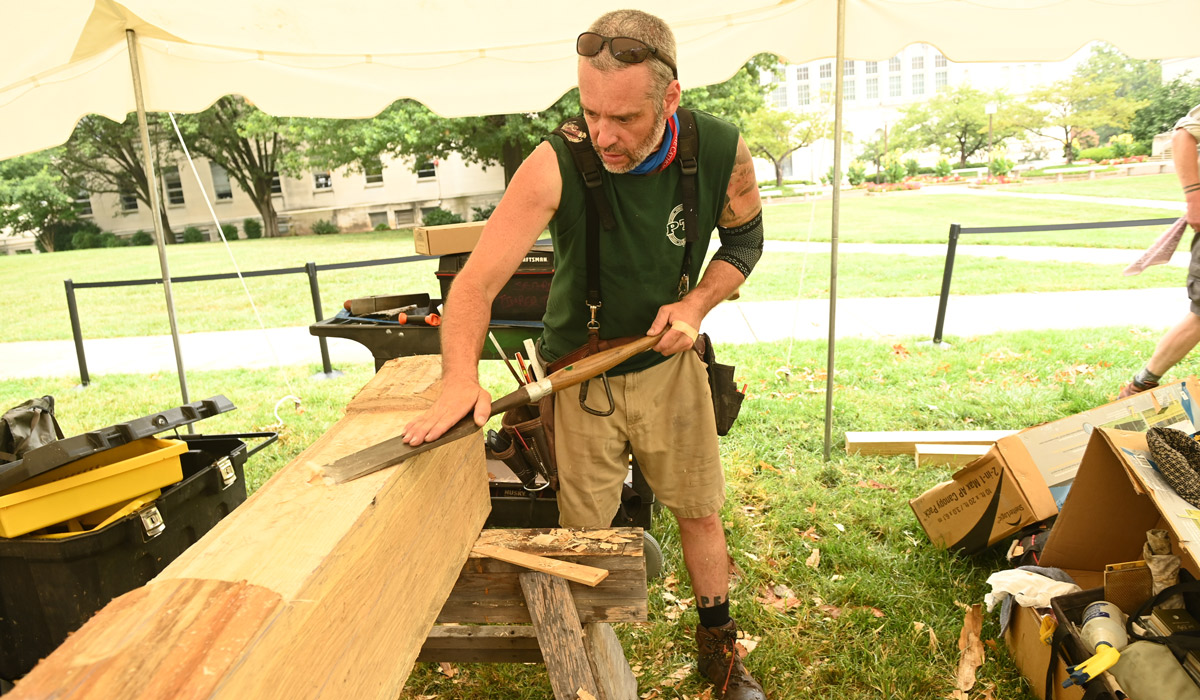 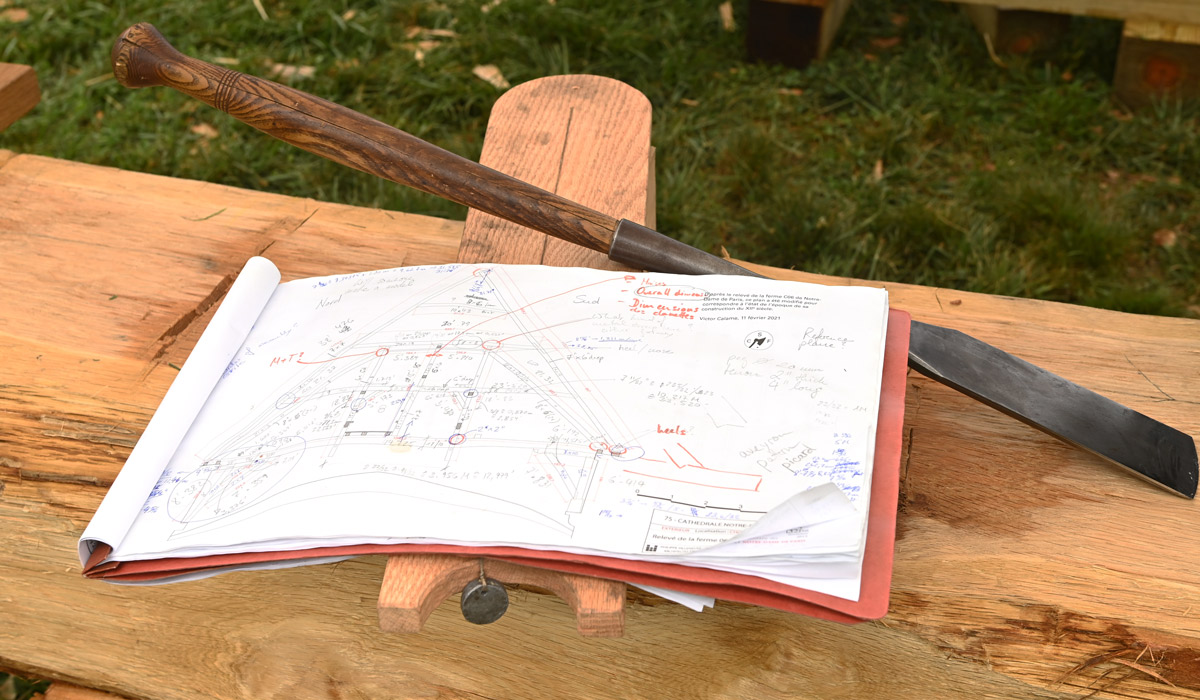 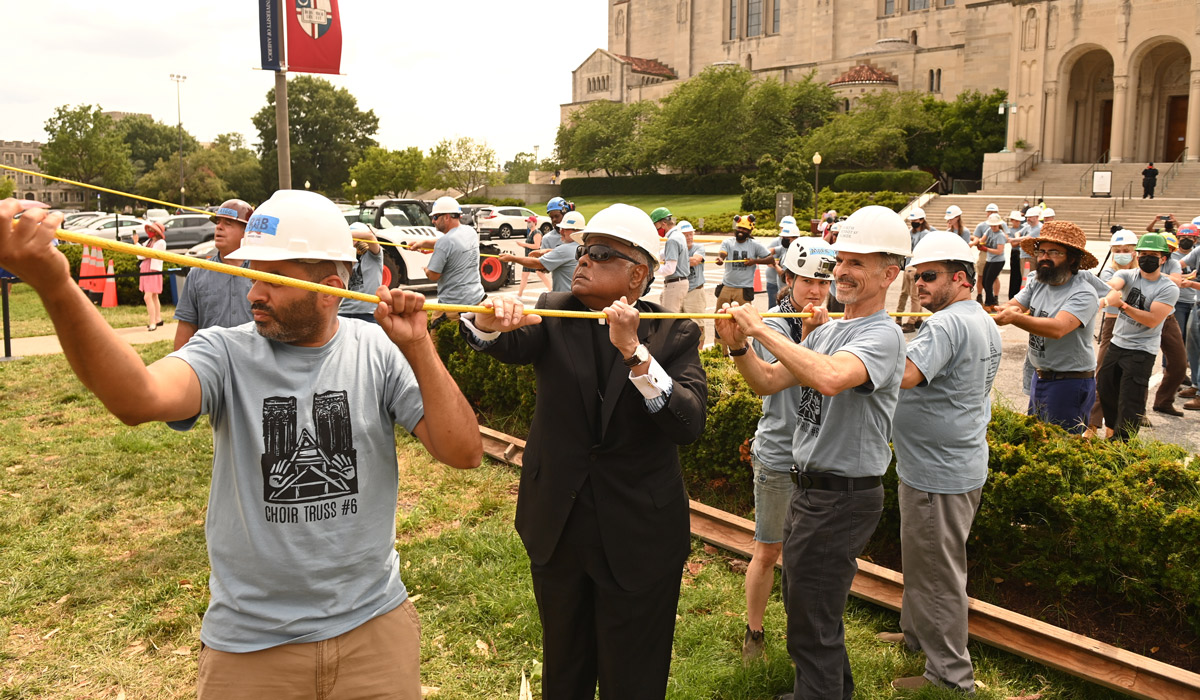 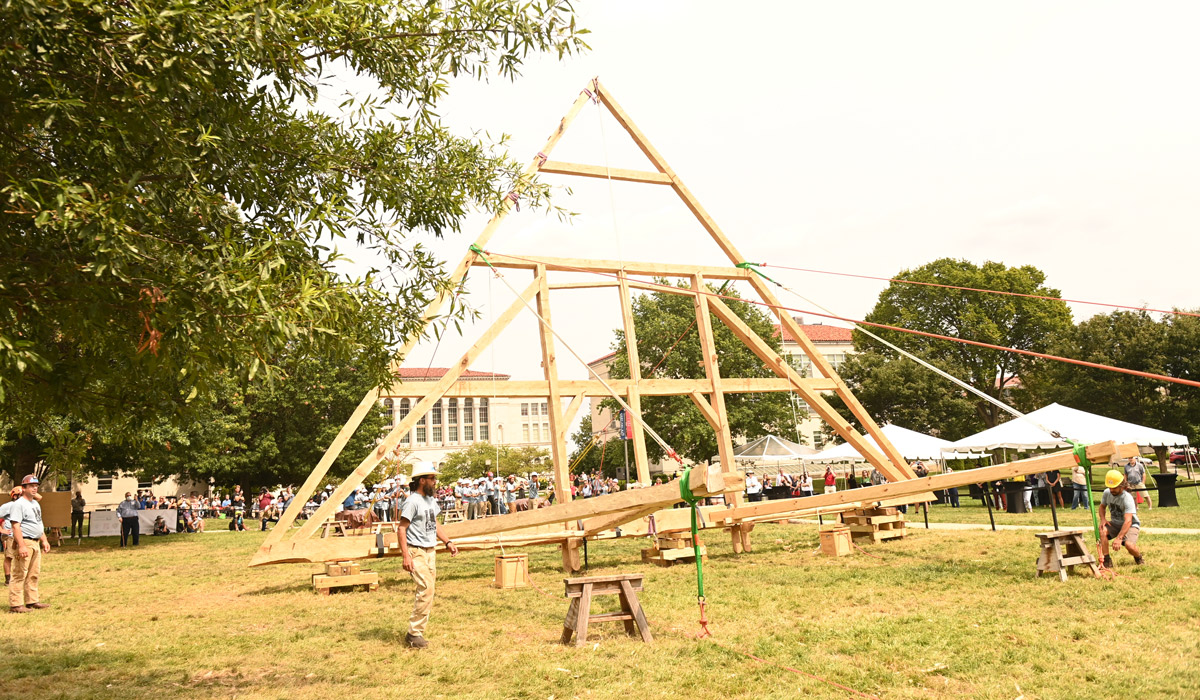 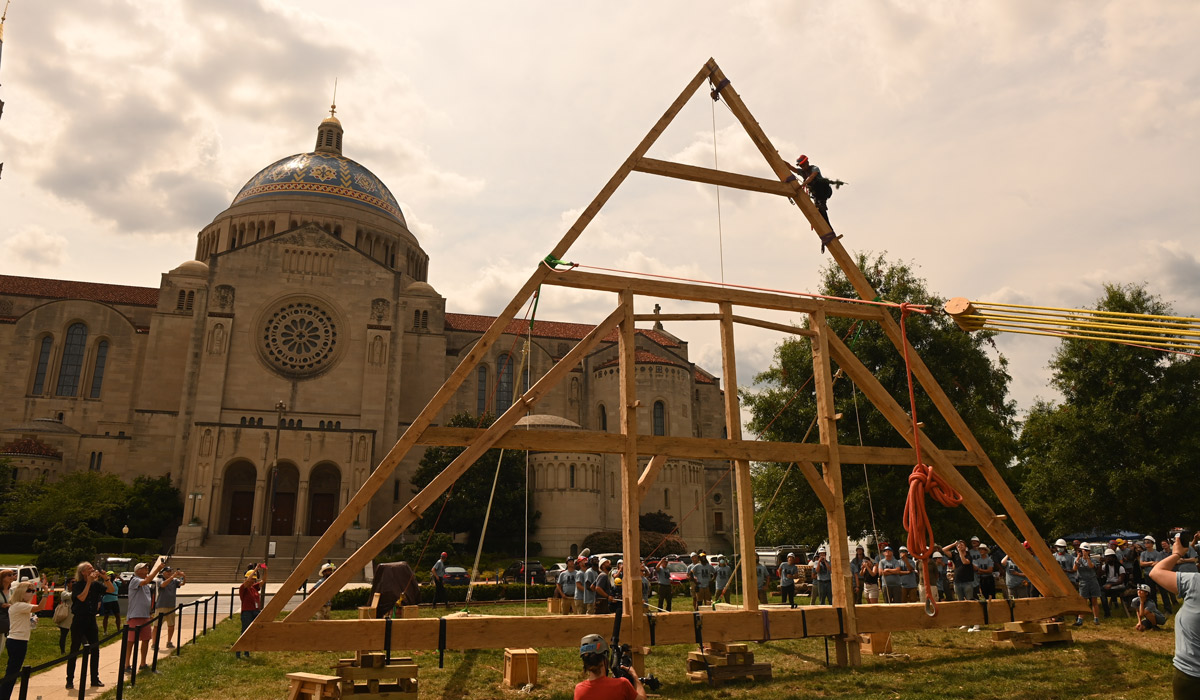 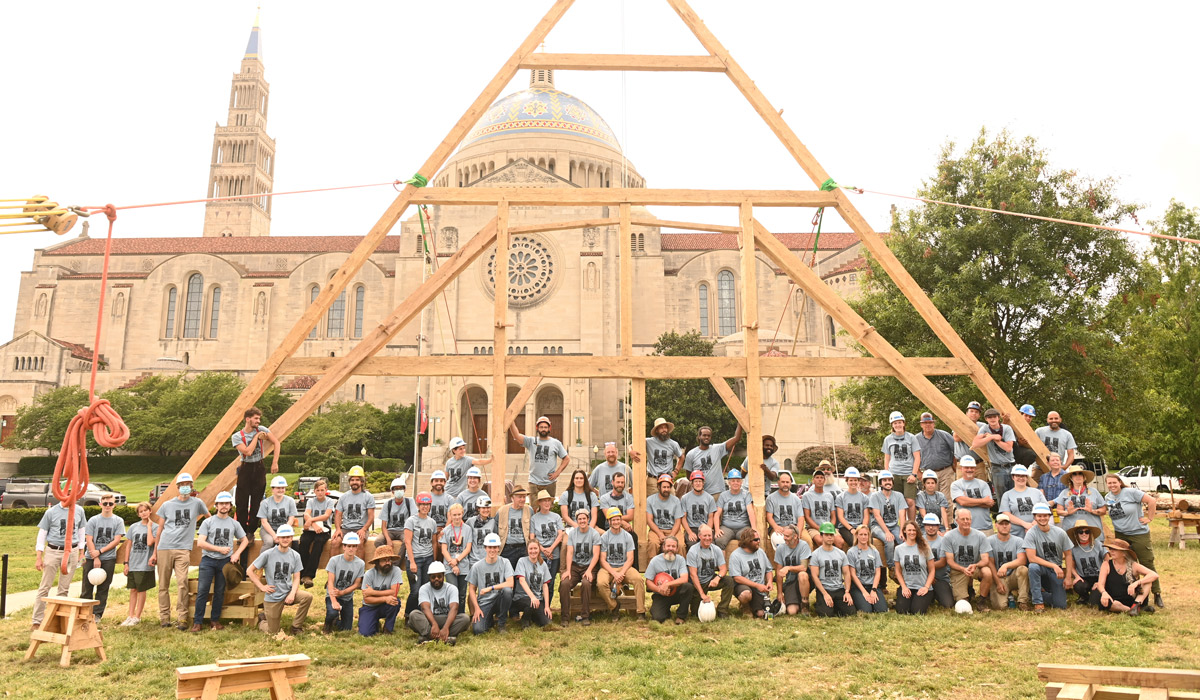 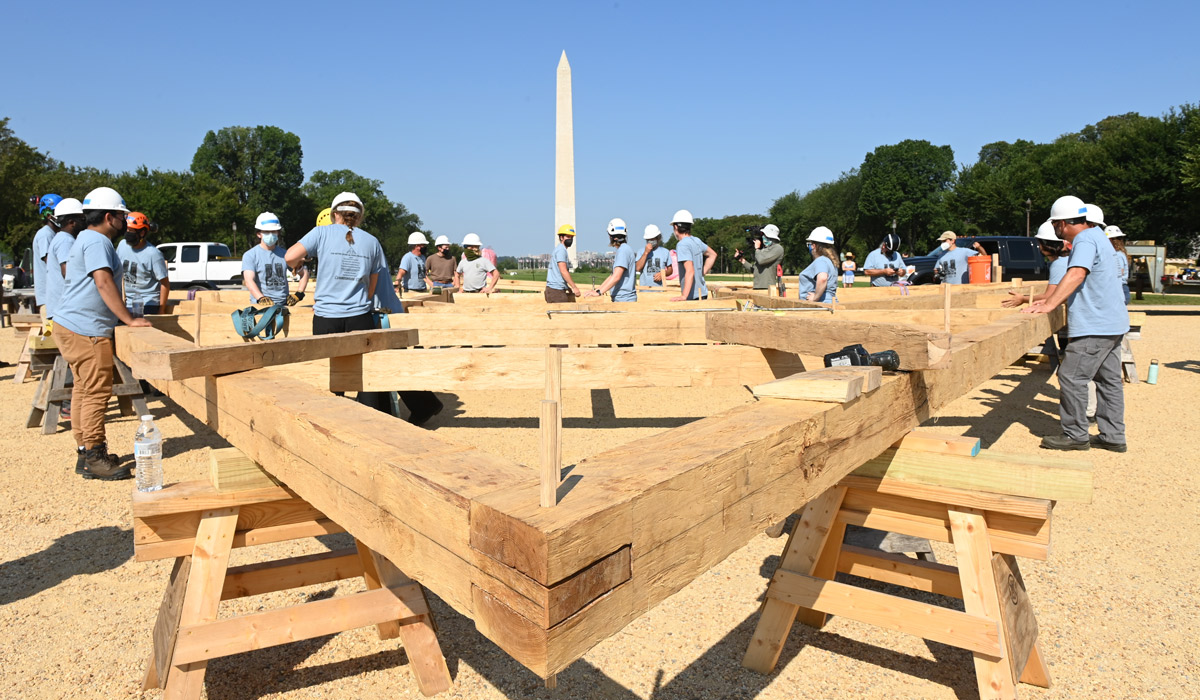 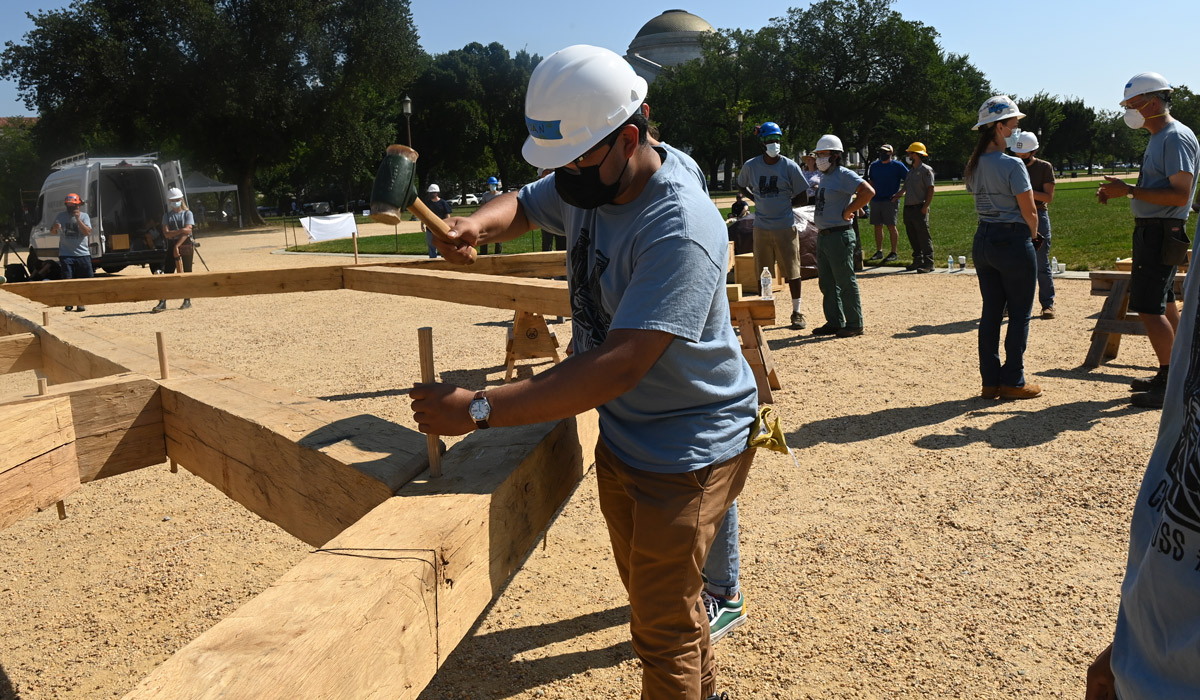 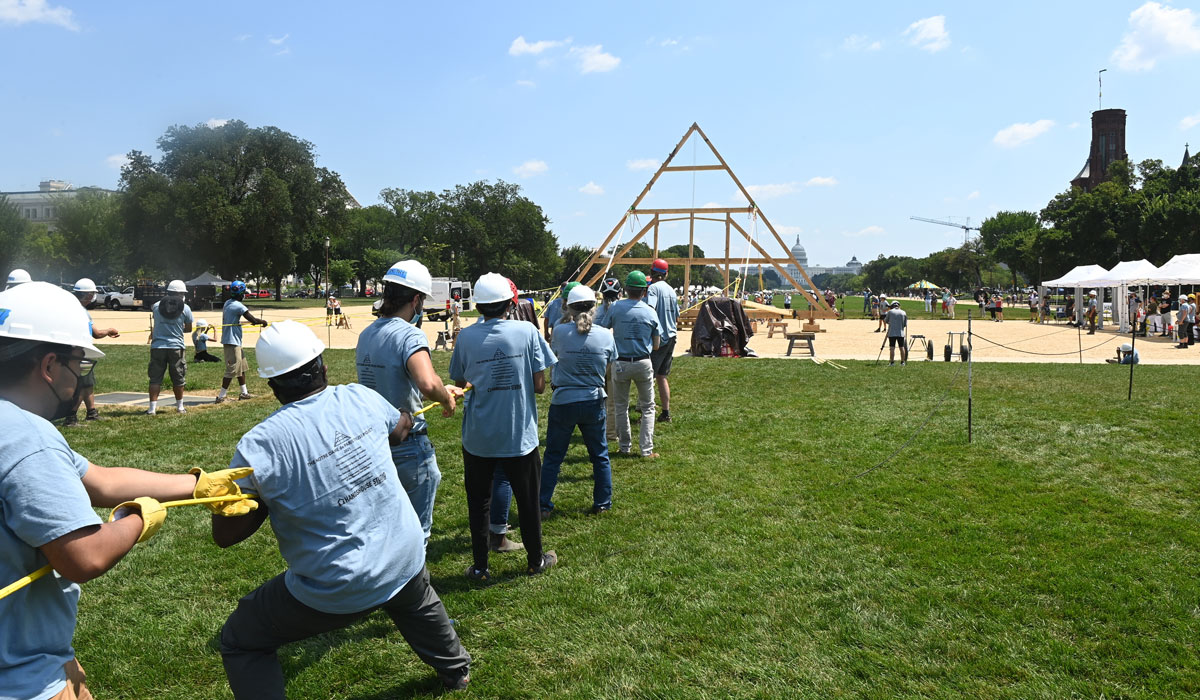 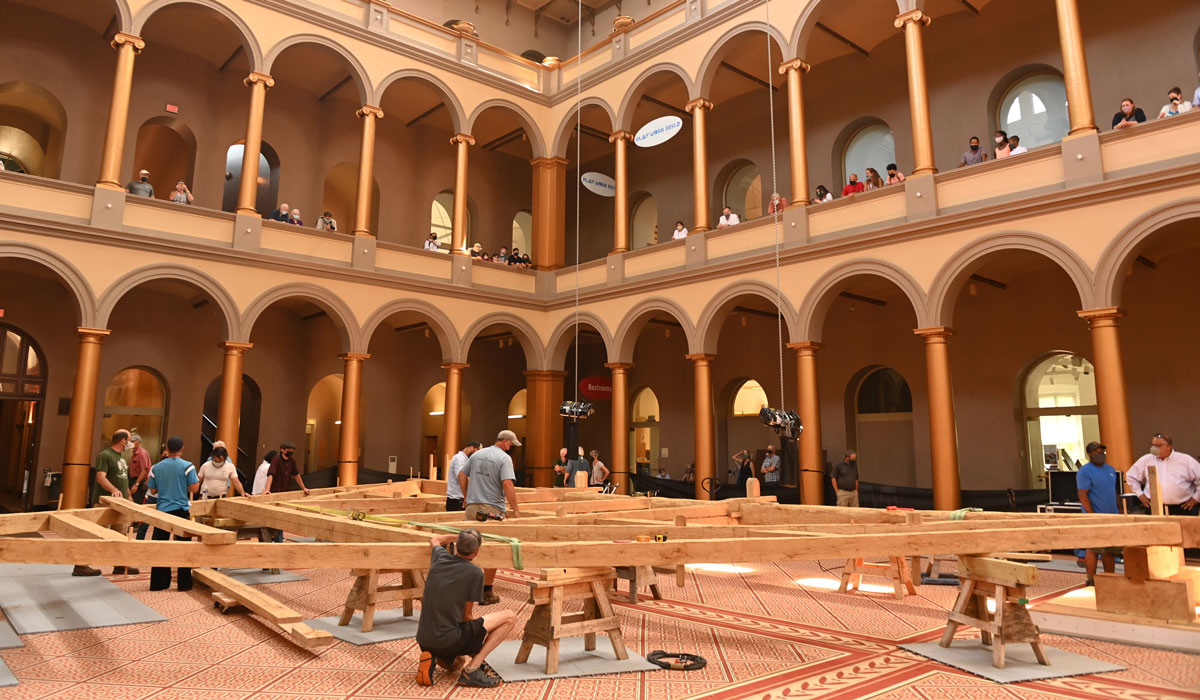 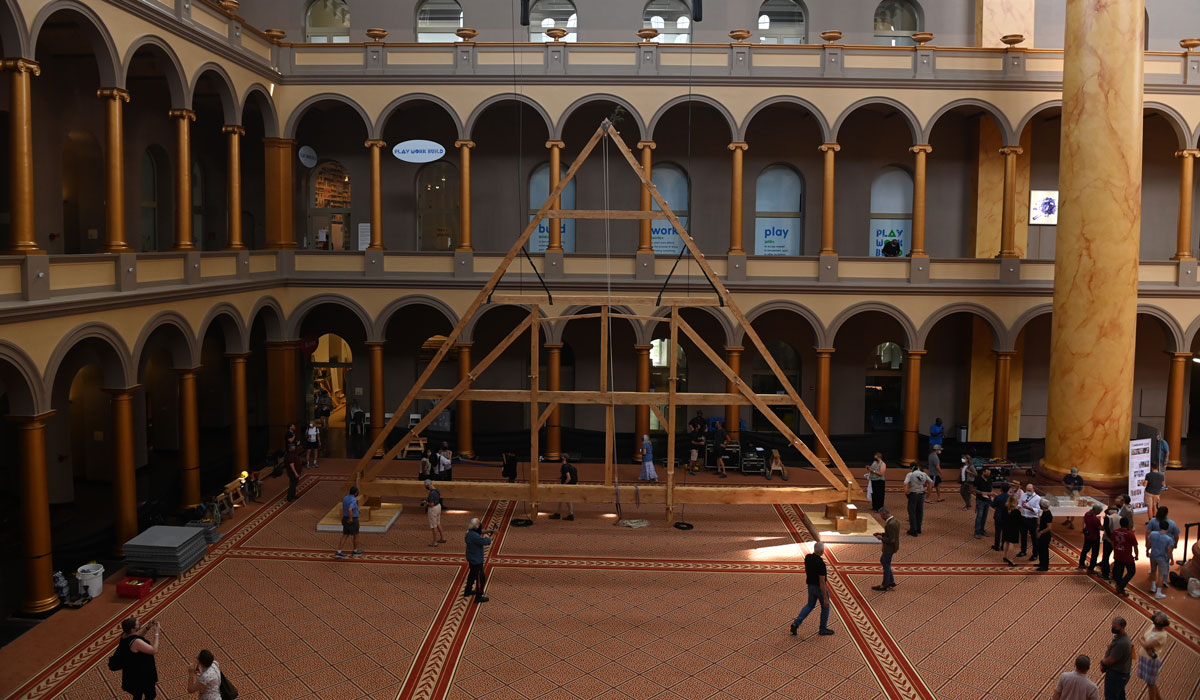