Catholic University students returned to campus this week and there is much to look forward to in 2023.

The University is a place where excellence in teaching and research in service to the Church, the nation, and the world, thrive. Here are a few milestones marking another year of growth on campus through faith in action:

The official dedication of Garvey Hall 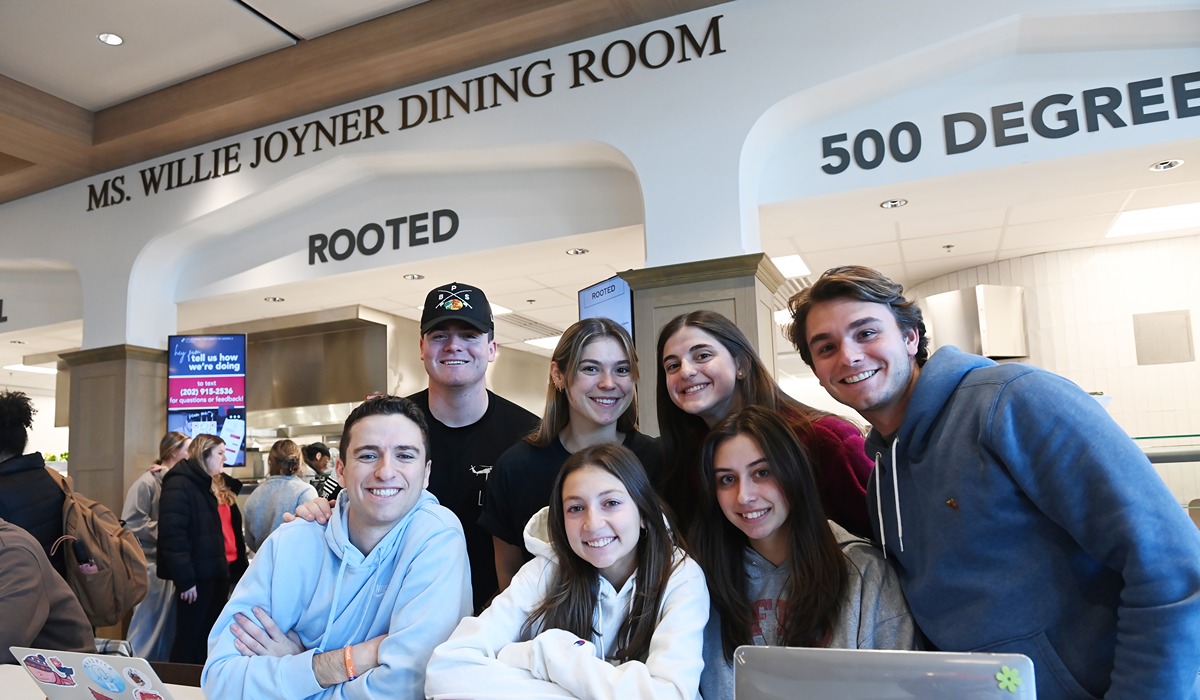 Garvey Hall, the new University dining commons, opened its doors on December 5 to rave reviews. Garvey Hall’s official student Grand Opening will take place Jan. 18 starting at 5:00pm. Students will enjoy games, give-aways, a photo booth, a DJ and much more. All attendees will need to swipe their Cardinal Card for entry.

The nearly 35,000-square-foot building is named for former University President John Garvey and his wife, Jeanne Garvey, at the recommendation of an anonymous donor whose $8 million gift launched the project in fall 2019.

Garvey Hall’s larger kitchens and new cooking equipment mean a wider, fresher selection of food while the dining areas double the space of the Pryzbyla Center’s former Eatery. There are also three outdoor dining areas on the north and south sides. 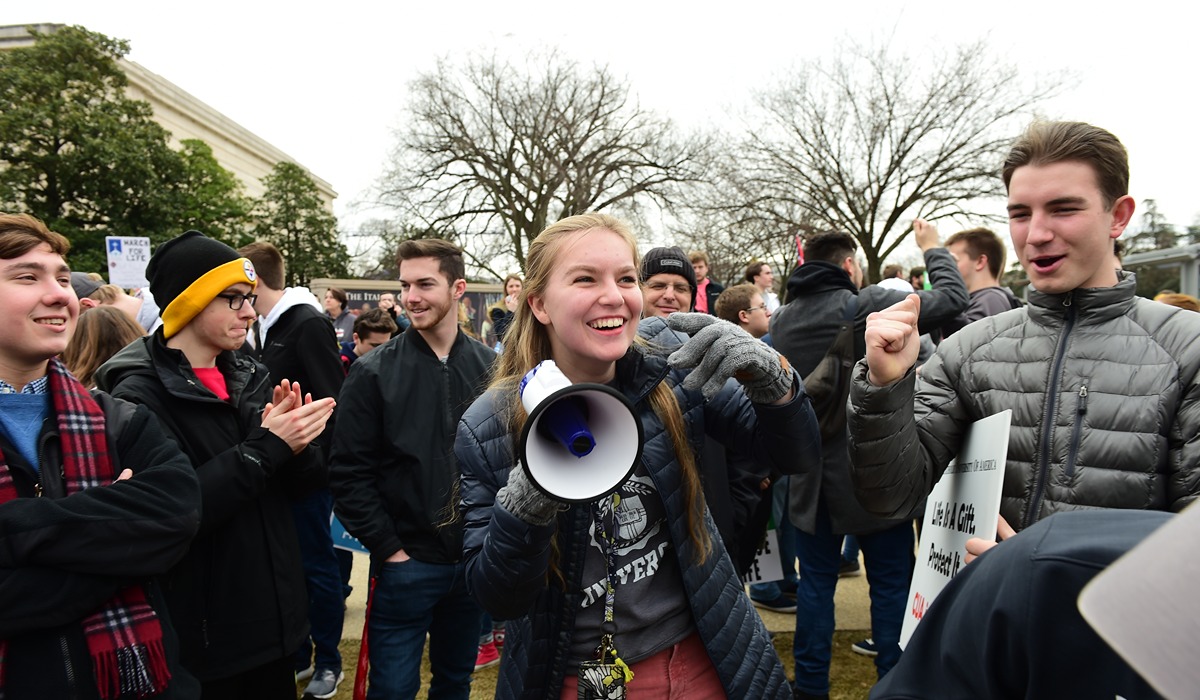 The Office of Campus Ministry is co-sponsoring the National Prayer Vigil for Life on Jan. 19, at the Basilica of the National Shrine of the Immaculate Conception.

Starting at 4:45 p.m. and going through 9 p.m., The National Prayer Vigil for Life is annually held the evening before the March for Life. Pilgrims from across the nation pray for the end of abortion and for a greater respect for life.

Get more information on the March and participation opportunities at the University and learn more about Pro-Life activities throughout the year.

Light The Way comes to a conclusion 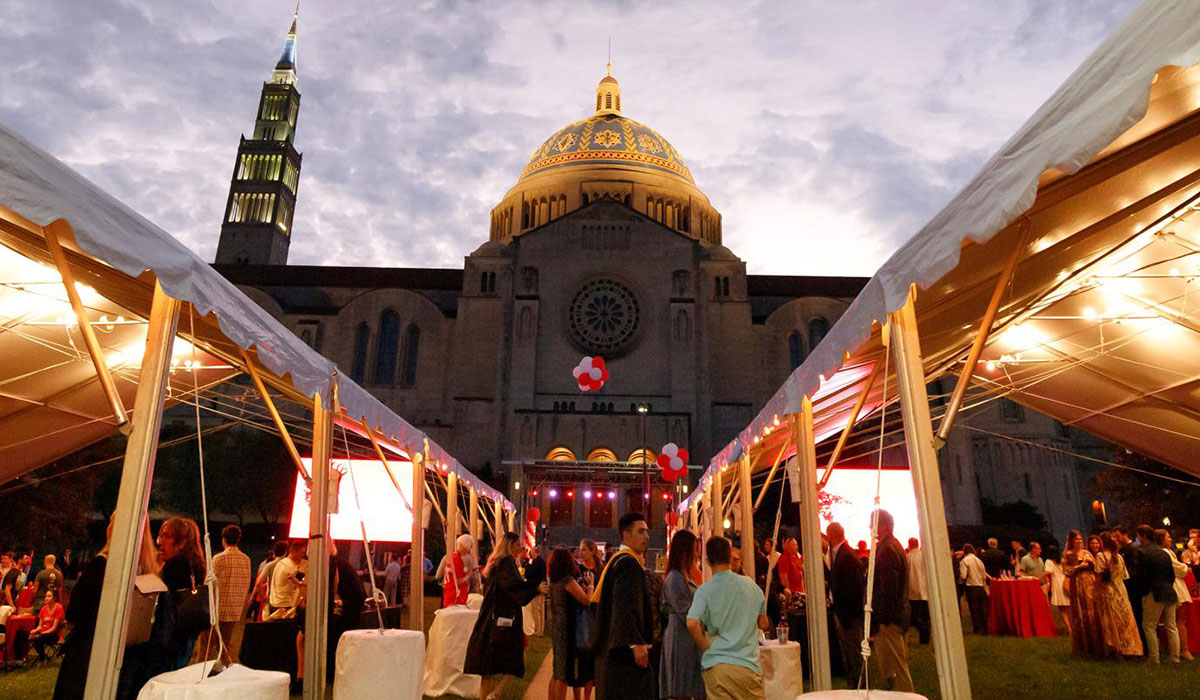 With more than $475 million raised to date, Light the Way: The Campaign for Catholic University will come to an end on April 30.

Publicly launched in 2019 as the most ambitious fundraising undertaking in the University’s history, the Campaign set a goal of raising $400 million to enhance every aspect of campus life.The University surpassed the $400 million goal six months ahead of schedule in 2021, and then set a bold new goal of $500 million.

This April, the Campaign will come to an end having transformed our campus and created an even stronger University for generations of Cardinals to come. Continued support is vital to the success of the Campaign. You can still be part of the exciting finale to the University’s first-ever comprehensive campaign by making a gift before April 30.

The Conway School of Nursing building continues its rise 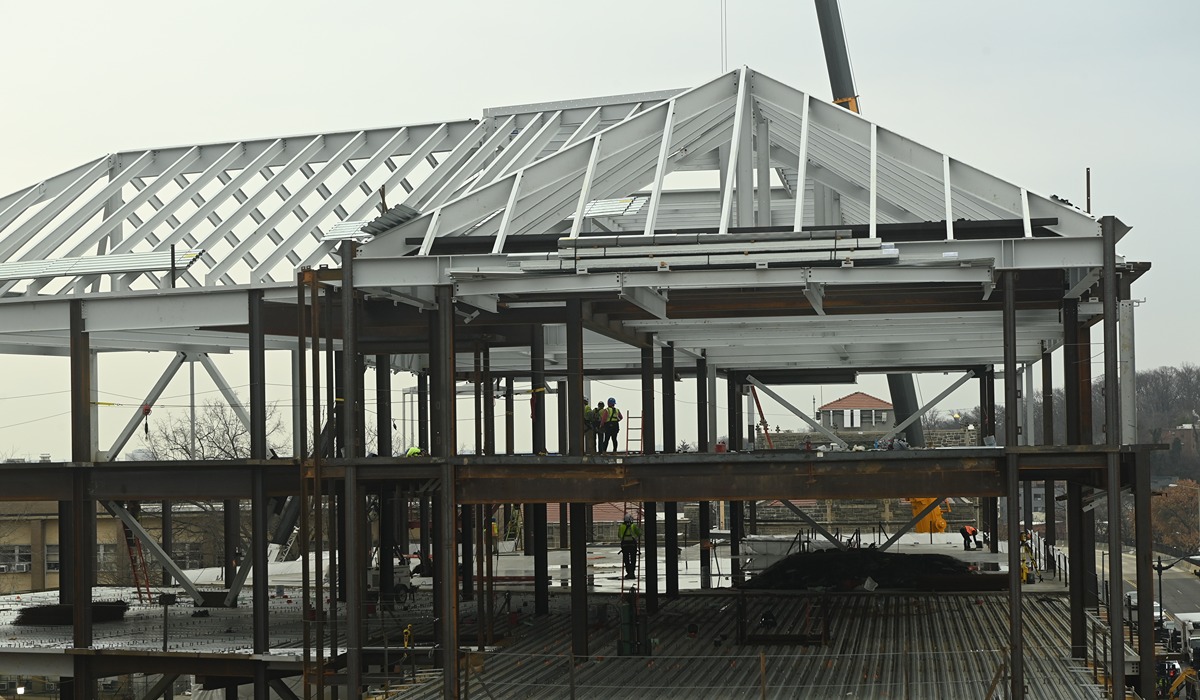 The future home of the University’s Conway School of Nursing, adjacent to Father O’Connell Hall along Michigan Ave, continues to take shape. Construction workers made significant progress during the Christmas break, adding a roofing structure.

The building is designed to meet Leadership in Energy and Environmental Design (LEED) Gold and WELL Building Standard certifications.

Expected to open in 2024, the facility’s exterior will remain true to the collegiate, gothic style of many other buildings on campus. At more than 102,000 square feet, it will double the size of the current nursing education facilities and will provide space for the school’s expansion.

The Conway School of Nursing has been a key provider of top nursing talent throughout the Washington, D.C., and mid-Atlantic region for decades.

The school is also currently ranked #36 in the U.S. News and World Report list of 2021 Best Graduate Schools for Nursing and #14 on a list of the Best Online Family Nurse Practitioner Masters Programs.

Learn more about the soon-to-be new home of the Conway School of Nursing.